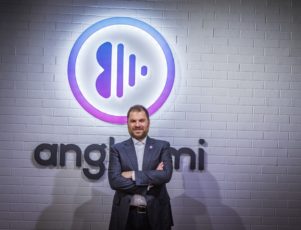 Keeping In Step: Competition for Anghami Music App in MENA 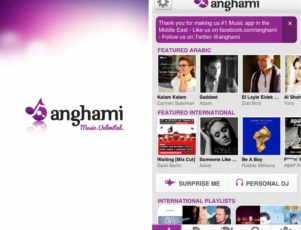 Anghami, a recently launched Lebanese music listening platform, is facing fierce competition from the French company Deezer, which recently announced an expansion into some Middle Eastern and North African countries.

Mobile music listening platforms have rapidly become the norm, and with an ever-expanding variety of services, competition is fierce between geographically isolated competitors. Anghami, a newly launched Lebanese mobile music platform, gained more than half a million users in its first three months on the market, leaping to the top of iOS app lists in 12 MENA countries. A reported 30% of Anghami subscribers use the app daily, indicating strong staying power, and the app has already been shortlisted for a variety of MENA technology start-up awards.

While Anghami has burst into the scene as a regional leader, it is now being threatened by French music platform Deezer. Deezer, which boasts more than 7 million active users, announced that it would be putting $130 million towards an expansion into the MENA region. Deezer will soon be available in Algeria, Bahrain, Egypt, Iraq, Jordan, Kuwait, Lebanon, Morocco, Oman, Qatar, Saudi Arabia, Tunisia, UAE, and Yemen, encroaching very seriously on Anghami’s territory.

Not Missing A Beat

While Deezer may have more experience than Anghami, Anghami was specifically created for Arab users. Anghami’s founder, Elie Habib, was very conscious of his demographic’s needs: consumers in the MENA region prefer mobile music that can be easily shared with friends, and so Anghami is only available on smartphones. Anghami is widely available on most smartphone platforms to cater to its clients’ varied phone plans.

Unlike Anghami, Deezer is available both on smartphones and through the web, but is more limited in terms of platform compatibility because its current, mostly European users have a smaller variety of phones.

Anghami is also conscious of its users’ interest in learning about new music through the app. To meet this need, Anghami has a personal DJ function that enables users to discover new music. Deezer has no such function. While currently in English, Anghami is reportedly working on an Arabic version to drive home its local focus. Currently, 75% of Anghami’s users’ phones are set in English, and 25% are in Arabic. Creating an Arabic language version would create a better sense of inclusion for 25% of users and may increase appeal amongst Arabic speakers around the region. Anghami is very MENA focused, and is only available in 15 countries. Habib points to this as one of their strong points: they are focused on a very niche group, and can better tailor the app to meet their needs and changing demands, unlike Deezer, which is now expanding for a more global reach.

The Customer is Always Right

In keeping with its regional focus, Anghami not only provides its users with access to international music, but has specific sections for Arabic music as well. Users with premium access can download songs from Anghami to their phones and listen when there is limited or no internet available. This is especially important for a region that does not have 100% internet coverage. For users in, say, the Atlas Mountains of Morocco, being able to download music would be incredibly important.

While Anghami boasts many intriguing aspects, Deezer’s global reach and larger consumer network has made it much more globally attractive. Not only does Deezer provide a similar new-music service, but the app tracks listening trends and personalizes playlists. Users with the premium app can opt to see the lyrics of their favorite songs in real-time, thus preventing the age-old embarrassment of belting out nonsense. Since Deezer is available across language barriers, this may be a very interesting feature for people whose first (or second) language is not English. Anghami has not specifically addressed this feature, but it seems as though it would be a good opportunity to incorporate into their Arabic language platform.

Welcoming The Big Fish Into A Not-So-Small Pond

Co-founders Eddy Maroun and Elie Habib did their due diligence before launching Anghami, securing deals with key regional and international labels. Several Arab artists have released their albums only through Anghami, making the appeal of new music even greater. Deezer has similar contracts with one major exception: Anghami has an exclusive three-year contract with Rotana, one of MENA’s biggest labels, for streaming in Lebanon, the UAE and Saudi Arabia.

Not only is Anghami strategically linked with important labels, but it is also working on partnerships with telecom companies. For a platform solely available on mobile networks, this is the key.

The question is whether users will move from Anghami to Deezer once their playlists and preferences have been set. Deezer has a much larger catalog of music (more than 40 million titles), but, as Habib points out, “most people only listen to 100,000 songs. What you really care about is the core catalog…by May or June we’ll have 5 or 6 million songs.” As demonstrated by their soon-to-be dual language platform that caters specifically to smartphone users, Anghami is focused on regional appeal, rather than the number of songs available.

Habib has a very positive outlook for the future of Anghami in MENA, even after the arrival of Deezer. “We’re pretty excited to have Deezer coming in. It validates that we are in the right place at the right time. We’re looking forward to having a healthy competition. At the end of the day, the user benefits from it,” says Habib.

Anghami is shiny, new, and specifically designed for an Arab clientele; Deezer is nearly a decade old and has millions of followers from most regions of the world. Anghami’s website features popular Arab artists as well as internationally known musicians, and has photos that are likely a more accurate representation of their users. Perhaps Deezer has plans to use some of its $130 million commitment to design an Arab-friendly website as it expands into MENA, but Anghami’s specific design will, hopefully, give it a boost.