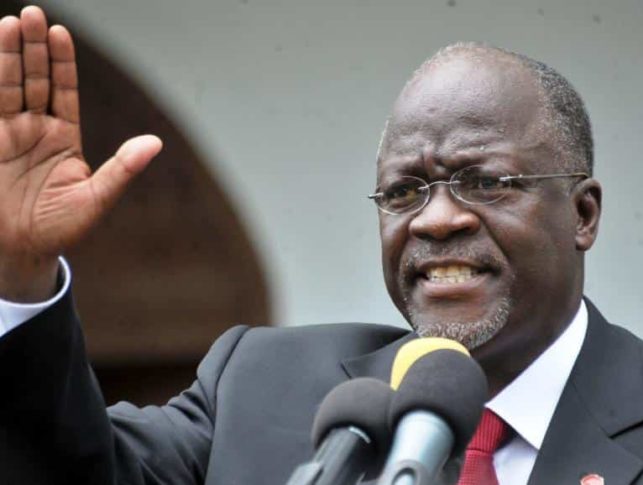 Tanzania’s president, John Magufuli, has extended the e-tax system to all government bodies as he bids to slash fraud.

Tanzania’s president, John Magufuli, has been in office for less than a year, but he is already making a name for himself as a staunch opponent of fraud and corruption. Magufuli has attacked tax evasion and corruption, in a bid to ensure that the government no longer loses billions of dollars in unpaid funds. One of the most significant measures taken in this battle with tax evasion has been the announcement that the nation’s e-tax system will now apply to all government departments and bodies.

It was 6 years ago that Tanzania first introduced its e-tax system, but it has taken until now for the system to be applied to government positions and departments.

The e-tax system involved the distribution of Electronic Fiscal Devices (EFDs) by the Tanzania Revenue Authority (TRA) to Tanzanian businesses. The EFD is an advanced version of a traditional cash register that records all transactions, and provides the TRA with an easily processed record of the tax owed.

Prior to this point, businesses recorded sales in hand written books, which not only allowed much easier deceit, but ensured that the TRA’s job was far more difficult. Director of Education and Taxpayer Services Richard Kayombo said that businesses would claim to have sold less, and that the old system was practically “worthless” in terms of stopping tax fraud.

In contrast, EFDs are compatible with the TRA’s own Electronic Fiscal Device Management (EFDM), which provides the government with real-time sales information. Kayombo said, “The system enables us to get information directly from a trader when they make business transactions.”

While the system was initially rolled out to large scale traders in 2010, a second drive in 2013 saw it become compulsory for mid-sized traders too. However, it has taken President Magufuli until now to extend this measure to governmental departments and bodies too.

Magufuli not only feels that it will be a huge financial boon for government coffers, but that it is also a matter of principle. Magufuli explained, “We forced entrepreneurs to capitalize on the electronics tax collection while we, in government, have not resorted to the same thing, which is a total contradiction.”

The increased reach of Tanzania’s e-tax system ensures that the government cannot be accused of hypocrisy in regards to its stance on corruption, and it also means that taxation revenue is expected to exceed the government’s original target for the financial year. The commissioner general of the TRA, Alphayo Kidata, predicted that takings would surpass “the collection target of 15.5 trillion Tanzanian shillings during the 2016/2017 fiscal year.”

This is a figure akin to more than $7 billion.

Looking to reap the rewards

In the first 2 months of Magufuli’s crackdown on taxes last year, the TRA collected around $700 million in taxes. However, while some of this was achieved by targeting corrupt officials and business owners, the true impact of the president’s policy will not be seen until the end of the financial year.

The rollout of e-taxes to all government bodies was announced only last month, after Magufuli met with the Rwandan president, Paul Kagame, who has successfully implemented a similar system in his nation. Rwanda has offered to send IT experts to assist Mr. Magufuli’s government in the implementation of the technology, and the announcement was greeted with widespread approval by Tanzanian commentators and experts. If the move is as successful as hoped, Magufuli’s government will be in a strong position to build the economy and social infrastructure.

In 2014, tax collections covered 75% of government expenditure, but universal e-taxation could make a dramatic difference to this. Mr Kayombo confirmed that in the first year of commercial businesses using EFDs, tax revenue rose by 23%, and by 27% in the second year. A similar success within government institutions would provide Tanzania with a huge influx of revenue.

Professor George Shumbusho, Senior Lecturer at Mzumbe University, felt that it was an excellent move from the government, and one that could have a massive impact, exclaiming, “This is a commendable decision given the fact that the country has been losing a lot of money to unscrupulous public officials…With this system, the government may be able to fund its budgets by 100 per cent.”