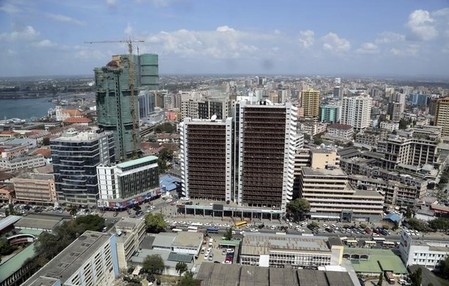 DAR ES SALAAM (Reuters) – Tanzania’s central bank said on Tuesday it expects economic growth to accelerate to 7.4 percent in 2017 from an estimated 7.2 percent this year, driven by construction, communications and finance.

“The macroeconomic objectives of the government aim at achieving a real gross domestic product growth of 7.3 percent in 2016/17 based on the projected growth of 7.2 percent in 2016 and 7.4 percent in 2017, while maintaining inflation at single digits,” the Bank of Tanzania said in its latest monetary policy statement.

“The bank will continue pursuing prudent monetary policy in 2016/17 to keep inflation close to the medium-term target of 5 percent, while ensuring that the liquidity level is consistent with demands of various economic activities.”

Tanzania’s year-on-year headline inflation rate edged up to 5.2 percent in May from 5.1 percent in April, as prices rose for non-food items.

The government said it plans to increase spending by 31 percent in its 2016/17 fiscal year to $13.51 billion to finance infrastructure and industrial projects.