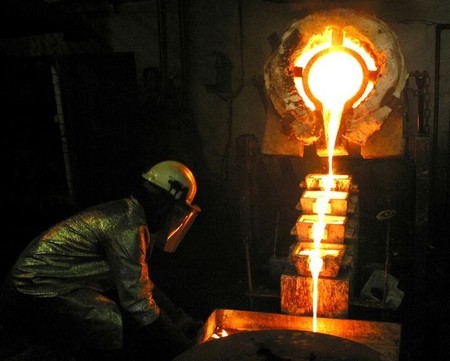 LONDON (Reuters) – Tanzanian gold producer Acacia Mining will have to review its mining operations if the government’s ban on gold and copper ore exports remains in place, a senior executive said on Thursday.

Shares in Acacia, which is majority owned by Barrick Gold, briefly touched a six-week low, paring losses by 0900 GMT to trade down 3.7 percent after it said first-quarter core profits rose 25 percent to $82 million but cashflow was reduced by $36 million in part due to the ban.

The government halted the export of unprocessed ore on March 3, following President John Magufuli’s call for the construction of more gold smelters in the country, Africa’s fourth-largest gold producer.

“If we get to a point where it’s a pure stalemate and we don’t see that dialogue there, then we are going to have to re-appraise,” Chief Financial Officer Andrew Wray told Reuters, adding that negotiations continued.

“We are making contingency plans in the background of what we would need to do if we can’t resolve this.”

Non-essential spending in the quarter was pushed back in response to the ban and the company would have to “really take stock if it makes sense to continue producing given the cash burn”, Wray said.

The company has offered to fund a study on whether it could afford to build a smelter in Tanzania after a study in 2011 found there wasn’t sufficient ore volume in the country to justify it.

The export ban effects two of its three mines and the company said it would reassess the ongoing operation of both operations “over the coming weeks”.

“Clearly the message to the government is to sort this out or people are going to lose jobs (and the government royalties),” Investec analysts said in a note.

The company is also facing a tax audit and VAT refunds have not been received.

Acacia’s gold production in the first quarter totalled 219,670 ounces but sales were lower by 34,926 ounces.

However, Tanzania’s biggest gold producer stuck to its full-year production targets, as its mines continue to operate normally and stockpile its ore while negotiations continue with the government.

A technical committee appointed by President Magafuli is expected to report back in the next few days, Wray said.