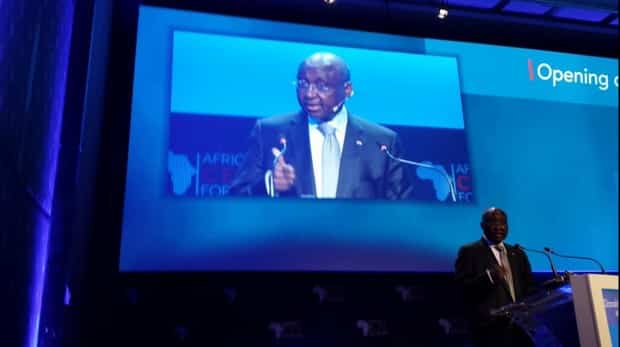 The 2016 African CEO Forum and its accompanying award ceremony was a benchmark event in the forum’s 4 year history. Taking place from March 21st to the 22nd, this was the first time the business networking event was held within Africa. The Ivory Coast was chosen to play host to the annual conference of African CEO’s, bankers and developers that aims to continue the continent’s economic growth and innovation.

“We concluded deals worth $30 million”.

Since the inaugural forum of 2012, investors and business figures from across Africa have used the event to form new commercial opportunities, broker deals and establish a stronger network of communication and development among the men and women who are steering African development through the 21st Century.

Official figures indicate that since the first edition of the CEO forum, 70% of all participants have come away having identified new business ventures or actually concluded new deals, with the likes of Felix Bipko of the African Guarantee Fund, finalizing deals worth $30 million in only the first year of the forum’s existence.

The Ivory Coast – progress in the face of adversity

After the third edition of the African CEO Forum broke all attendance records, the 2016 conference aimed to not only break old records but break new ground in bringing the forum to African soil for the first time. The Ivory Coast seemed an obvious choice given that it is seen as the driving force behind the integration of the 15 nations that make up the Economic Community of West African States (ECOWAS), an area that has had the highest economic growth in Africa over the past 5 years.

“[W]e have chosen a country and a region that is showing clear signs of robust economic development. The fact that the African Development Bank is based there …was a further contributing factor.”

However, when terrorist attacks shook the nation on March 14th, the event seemed in jeopardy. But a strong united stance from both the organizers and key political figures within Africa ensured that progress and development continued to triumph over individuals trying to use fear to derail stability.

A resolute stance was immediately taken in the wake of the attacks as the organizers made it clear that the event would go ahead and a strong message of solidarity was sent when the respective presidents of The Ivory Coast and Ghana, Alassane Ouattara and Dramani Mahama, confirmed their attendance.

With over 800 participants from across Africa, the forum was a triumph that continues to grow and open up new horizons for African commerce and trade.

The 2016 event added to the existing structure of debates and meetings by introducing new “Deal Rooms” that allow smaller meetings between investors and company owners to forge new links, exchange ideas on fostering growth of their businesses and to put pen to paper on new deals.

“Our future is bright and belongs to us all” – Oba Otudeko.

As always, the forum hosted its annual award ceremony in which a panel of carefully selected figures within African business select the winners of various awards from African CEO of the year to Private Equity Investor of the Year. This year also saw a new award for Young CEO of the year.

Oba Otudeko of the Honeywell Group won CEO of the Year and accepted the award from one of the forum’s major sponsors, Jay Ireland, CEO of General Electric Africa.

Sebastien Kadio-Morokro of Petro-Ivoire was awarded the maiden Young CEO of the Year by Akinwumi Ayodeji Adesina, President of the African Development Bank.

Dangote Group won the African Company of the Year and was presented with their trophy by African CEO Forum President Amir Ben Yahmed.

BGFI Bank was awarded with the African Bank of the Year accolade by Adama Koné, the Ivorian Minister of Economy and Finance.

Emerging Capital Partners took home the prize for the Private Equity Investor of the Year, and were presented with the title by Cheikh Oumar Seydi, the regional director of the International Finance Corporation.

Heineken were rewarded with the title of International Corporation of the Year.