The woman leading UAE’s drive to become an entertainment hub 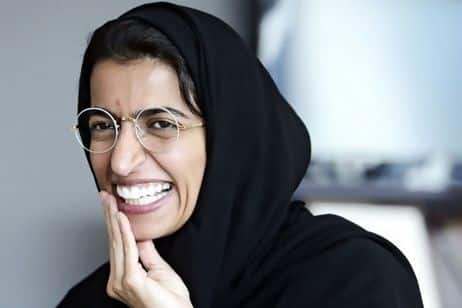 Noura Al Kaabi has brought filming of movies including “Star Wars” and “Fast and Furious 7” to Abu Dhabi as head of the free zone twofour54.

As chief executive officer of the government-owned free zone twofour54, Al Kaabi brought the high-speed car chases of the action movie “Fast and Furious 7” to Abu Dhabi and transported the “Star Wars’’ storm troopers onto the nation’s vast desert.

Other productions in the country include “Sesame Street,” the well-known children’s television show; Top Gear, a highly popular motoring show in the United Kingdom; and “Bang Bang,” a Bollywood action movie.

It’s all part of an effort Al Kaabi is spearheading at twofour54, which aims to provide the infrastructure and support to attract foreign productions and also to grow entrepreneurship in media and entertainment within the country.

The “Star Wars” movie and other high visibility projects have put twofour54 on the map with international film companies. The project offers incentives and logistical support to attract new projects.

Bollywood has been especially interested because Abu Dhabi is only a few hours away from India.

CNN, Sky News Arabia, and the Cartoon Network also have set up projects in the twofour54 zone.

The twofour54 zone is one of a about three dozen free zones the United Arab Emirates government has established to promote economic development and attract foreign investment. The zones provide a tax-free environment and allow foreign ownership of companies operating within it.

While development of international films and programming has grabbed headlines, fostering internal talent development in media and entertainment is a key goal.

“We are enabling young skilled media professionals to learn from the world’s best producers, directors, developers and other experts in the industry,” Al Kaabi said, emphasizing the importance of bringing “fresh faces” into the industry as a way of encouraging innovation.

UAE seeks to diversify revenue base

She noted that Abu Dhabi’s emergence as an entertainment hub is contributing to the United Arab Emirates effort to diversify its revenue sources and reduce its reliance on oil revenue.

The UAE has set a goal of reducing the proportion of gross domestic product from energy products from 30 percent to 20 percent in the next 10-15 years. Other important sectors include financial services, manufacturing and tourism.

Visibility in international films can boost tourism as well, she said. “Fast and Furious,” for example, featured a scene in which the characters drove a stolen car through the Etihad Towers. That is likely to attract people who want to visit and see the structure close up, she said.

Al Kaabi regularly appears on power lists in the region.

She was the first woman from the region to be chosen for LinkedIn’s Global Influencer Program, which designates leaders to share perspectives on the professional network. LinkedIn has selected about 500 influencers, including U.S. president Barak Obama and Dubai vice president Sheikh Mohammed bin Rashid, since the program began in 2013.

She was one of Forbes Middle East’s 30 Most Influential Women in Government in 2014 and was awarded Business Woman of the Year at the Gulf Business Industry Awards.

In spite of the progress of twofour54, she sees challenges ahead, particularly on the technology and metrics fronts.

She said the entertainment and media industry in the region needs a technology update. Another important next step is to figure out how to measure reach of the content the project produces.