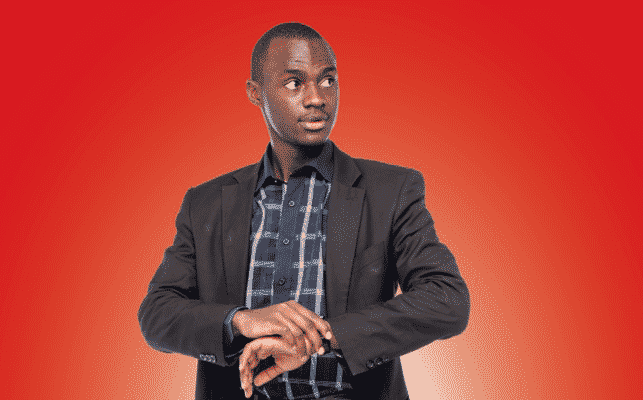 The remarkable story of Mubarak Muyika and his burgeoning tech empire.

The tech scene is exploding across Africa as ambitious young entrepreneurs are changing the face of the continent. Kenyans have been at the vanguard of the action in recent years. One individual currently making big waves is Mubarak Muyika, a dynamic 22 year old with a colorful past.

Muyika was born in Western Province, Kenya. His father was a prominent civil servant and his mother was a high school teacher. Unfortunately, his young life was marked by tragedy: his father passed away when he was two years old. Then, when he was ten, his mother died and the young orphan was taken in by his mother’s sister and her husband.

It has long been observed that tragedy seemingly makes, or breaks an individual. In Muyika’s case, it was most certainly the former. He was known as a sharp and gifted student and it was in the early days of high school that his tech-entrepreneurial promise first blossomed.

Aged 16, Muyika developed the “enhanced petrol tracker.” The tracking database was designed to mitigate government mismanagement of oil resources by more efficiently cataloguing oil tanker movements, oil flow and demand. The project was incredibly well received. He was recognized as the best student in the computer exhibit category at the annual Kenya Students Congress on Science and Technology.

His adoptive parents were the owners of a book publishing and distribution company, Acrodile Publishers. Mubarak realized that the web presence provided by their current website manager was substandard and expensive, bottlenecking the company’s productivity. He taught himself PhP, Java and HTML and built a highly functional website for the business.

On the back of his newly earned skills, Mubarak launched his first business, Hype Century Technologies and Investments LTD. The company offered website designation, management, domain reselling and hosting services. He enlisted the help of two friends and the business quickly began to take off.

In a 2012 interview, Mubarak spoke about Hype Century’s remarkable success in the startup period: “By May after our first financial year we had about 1,800 domains which represented clients in Kenya, Uganda, Tanzania, South Sudan and some in the RC (Republic of the Congo). That was something that I can say is the biggest achievement, in terms of where the company is today.”

It was during this early period that Kenyan multi-millionaire Chris Kirudi realized Mubarak’s great potential. Through his contacts he recommended Mubarak for a scholarship to one of the world’s most prestigious universities, Harvard. Incredibly, Mubarak turned down the scholarship in order to focus on his business ventures, demonstrating extreme belief in his own talents and entrepreneurial ability. He is a man who knows his own mind. He gave insight into his tenacious business philosophy, saying, “If you are in a society with intelligent people who have a plan and a strategy, you need a plan, a strategy, speed and aggression. That is the only way to succeed in Africa.”

Soon, Mubarak’s business attracted heavyweight attention. International tech investor Jignesh Patel teamed up with the rising star, buying a 25% stake in the company. This proved to be a shrewd move, as Patel’s connections and experience propelled the firm to even higher heights. However, Mubarak soon felt the itch to challenge himself further; he clarified his decision to move on from Hype Century saying, “I had the feeling that I was not maximizing my potential. I opted to sell my shares and develop a new venture.”

In 2013, he settled a deal netting himself a cool six figure settlement for his 60% stake. Astonishingly, Mubarak was still only 19 years old.

His newest venture, ZAGACE is both ambitious and innovative. His firm offers a unique service providing a completely integrated, online business management toolkit for small and medium sized companies. ZAGACE allows users to manage human resources, inventory, accounting and communications all through a series of well designed, instanced apps. The concept has been lauded as ingenious and effective.

Eager to feed his business with the best talent available, Mubarak has recently moved his operations to Silicon Valley, USA. The young Kenyan means serious business, and the world has noticed. In 2015, he was named one of Africa’s most promising entrepreneurs in Forbes 30 under 30, while Yahoo named him one of nine “Mark Zuckerbergs” of other countries. With his talent, resilience and determination, Mubarak Muyika is setting the tech scene ablaze. We will no doubt be hearing more about him, very soon.