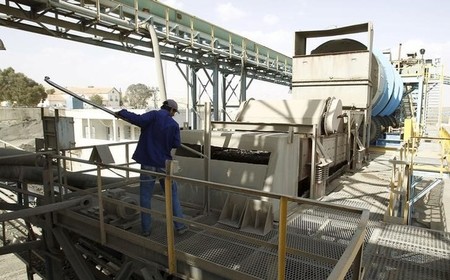 TUNIS (Reuters) – Tunisia has cut its 2016 growth forecast to 1.5 percent this year, down from an expected 2.5 percent, its finance minister said on Wednesday, citing difficulties in the phosphate sector where protests have disrupted production.

“According to the complementary law for the 2016 budget, growth will be at 1.5 percent this year due to a decline in economic activity in several sectors including phosphate,” Finance Minister Lamia Zribi told reporters.

Growth in 2015 was only 0.8 pct after Islamist militant attacks hit the tourism sector that represents around 8 percent of the gross domestic product.

The country’s vital phosphate exports have been disrupted by strikes and protests by unemployed youth seeking jobs, costing the state tens of millions of dollars in lost revenue.

Tunisian Prime Minister Youssef Chahed told Reuters last week growth will 3 percent next year, helped by a package of reforms aimed at shoring up the new democracy won in the 2011 revolution with economic gains.