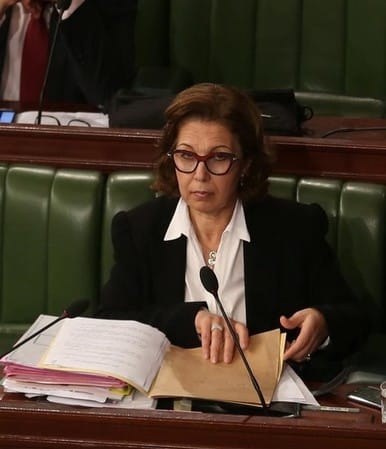 TUNIS (Reuters) – Tunisia needs around $2.85 billion in external financing this year and plans to issue a Sukuk Islamic bond worth around $500 million to help cover the deficit, Finance Minister Lamia Zribi told Reuters on Monday.

Zribi also confirmed a Reuters report that Tunis plans to sell 1 billion euros’ worth of Eurobonds and hold a roadshow on Feb. 5. More Eurobond issues later in the year are possible depending on how the country’s external financing needs are covered, she said.

“After a delay of a few years, our plan this year is to issue $500 million to diversify our resources and cover the deficit of 2017,” Zribi told Reuters on the sidelines of a government development presentation, referring to the sukuk issue.

It is the first time the government has given details of the sukuk issue plan.

“We are going with 1 billion euros in the European market, and we will start with the roadshow on Feb. 5,” the minister said, confirming earlier reports on the initial Eurobond plan.

“If we don’t manage to fulfill our external financing needs of 6.5 billion dinars ($2.85 billion) then without a doubt we’ll go to capital markets again this year.”

Since its 2011 uprising that led to a transition to democracy, Tunisia has struggled to enact economic reforms meant to curb public spending and help create jobs, while two major militant attacks in 2015 hit its tourism industry, a major source of income.

A government source said last Thursday that the North African state would start a roadshow on Feb. 5 for a 1 billion Eurobond. He said the government could then go to capital markets twice more for a further 2 billion euros in total, although it was still undecided whether that would be in dollars or euros.