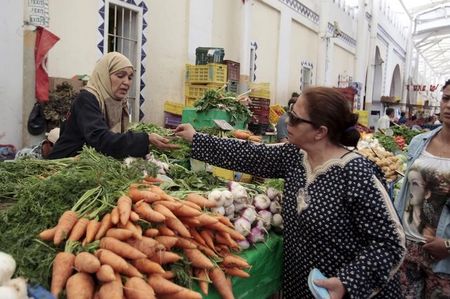 TUNIS (Reuters) – Inflation rose to 4.6 percent in October after remaining steady for the past three months at 4.2 percent, official figures showed on Thursday.

The food and drink price index rose 5.6 percent in October from a year earlier, the state statistics institute said.

Inflation dropped to 4.4 percent in the first 10 months of this year, compared with 5.5 percent last year.

The bank does not target a particular inflation rate but says the highest that should be tolerated is 5 percent.