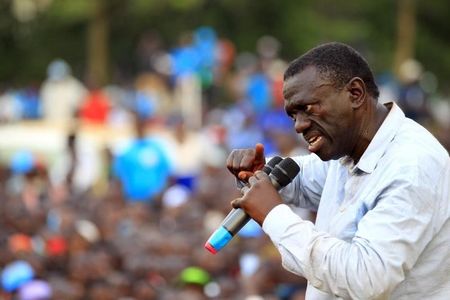 KAMPALA (Reuters) – Ugandan police on Monday arrested opposition leader Kizza Besigye and fired teargas to disperse hundreds of his supporters in capital Kampala, a witness said, in a move likely to stoke tensions ahead of Thursday’s presidential election.

Besigye was arrested after the police asked him and his supporters to use a different route during their march into central Kampala, according to a witness at the rally.

“They wanted him to use another road which was far away from where he wanted to go. Police then started firing teargas and arrested (Besigye) with two other opposition leaders,” said the witness.