Vangsy Goma – the entrepreneur behind an African Uber. 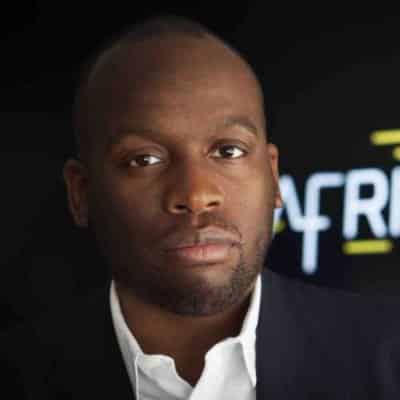 Vangsy Goma is the young man behind Africab, the latest Uber style taxi service within the continent of Africa. Goma himself is only 31 years old, but his company has already had an immediate impact in the Ivory Coast, and his fresh approach to the industry could reach far further than its launch site.

From Africa to Europe and back again

Vangsy Goma was born in the capital of the Republic of Congo, Brazzaville, into a powerful Congolese family. Goma’s grandmother is the wife of Congolese president, Denis Sassou Nguesso, and yet his privileged upbringing did not dent an enthusiasm to create changes in his home continent. Goma went to pursue further education in France, and eventually graduated with a degree in management and marketing from France’s IDRAC institute. Goma decided to return to Africa, and his home country, where he began working as a project manager for Congo’s Assistance Foundation – a body that focuses on spreading access to education for children within the Lower Kouilou region. By 2012, Goma changed path, and began working for the oil company CNPC as a commercial services manager; before another move into a higher position, as commercial director, at Congo’s MBTP construction company. It was during his time with MBTP that Goma devised his plan for Africab, and he began talks with professional colleagues and the investment group, CEMAC, about his vision.

While Goma could have easily avoided the stress and financial risk that comes with starting up your own business, nothing in his background (or successful early career) appears to have reduced his entrepreneurial spirit, or desire to help his own people. Goma says that it was a conversation with a friend, and fellow entrepreneur, Vérone Mankou, that led to him formulating his idea for Africab. Mankou is the man behind a highly successful Congolese mobile phone company, VMK, and Goma explains that his business model was one that inspired him, because “he turned great local demand for imported products into inclusive local economic growth. VMK means new jobs and new skills for Africa.”

Goma felt that this was something he could also use as a model to rectify a problem that he had noticed on a visit to the Ivory Coast’s capital city, Abidjan. Goma explained, “Africab is a ‘startup’ born from the observation…that African urban populations had new transportation needs.” Goma observed that many African nations had a rapidly growing middle class, and that existing transport systems were unreliable, unsafe or lacking modern facilities that many consumers desired. The initial target audience was the men and women of the professional middle classes, which is why Goma proudly describes how “In our taxis, we have electronic tablets, on which you can check emails and city guide. There is also a 4G network available on board.”

Abidjan is only the beginning

Despite being Congolese, Goma chose Abidjan as his launching point, due to “purely economic reasons and opportunities”, as the city (and Ivory Coast as a whole) has a well-established middle class, with stable growth, and a high demand for new services. However, Goma’s goal is to revolutionize transport across sub-Saharan Africa, and he is eager to bring Africab to his hometown of Brazzaville as well as many other destinations.

While Abidjan’s relative prosperity was ideal for the company’s launch, Goma wants his company to not only work for the customers, but also for its employees. Unlike Uber, and other established taxi apps, Africab owns all of its cars, directly employs its drivers, and sees long-term job creation as one of its core components. Goma says he wants it to be a truly pan-African company that provides its staff with training, and opportunities to develop their potential.

Since Africab launched in February of this year, the fleet of cars has extended from 30 to 50, and has already ordered 120 more vehicles, such is the demand! Goma states that 10,000 potential customers have downloaded the app, and he recently signed a deal with the Beninese Company, MIG Motors, which will be responsible for rolling out the service in Benin. Vangsy Goma is still only 31, but his success looks likely to continue, and investors will be watching his progress with interest.