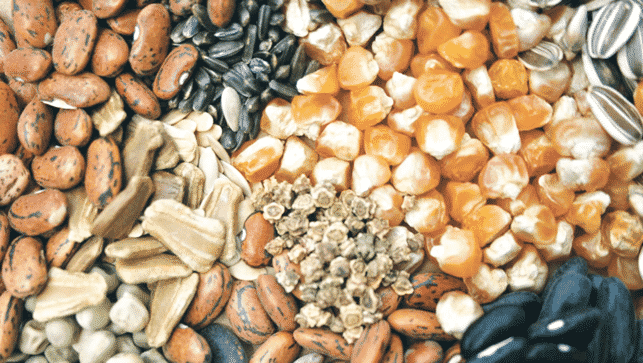 Officials are touting the launch of an electronic seed exchange in West Africa as an important step in improving productivity and food security. The online platform will serve seven West African countries – Benin, Burkina Faso, Niger, Ghana, Mali, Senegal and Nigeria. The platform is based in Abuja, the capital of Nigeria, the leading producer of seeds in the region. Officials hope the new platform will contribute to agricultural productivity. They want to double high-yield seeds from 12 percent in 2012 to 25 percent by 2017. The electronic platform aims to provide an online point of connection for seed producers, traders, distributors, farmers, researchers and other industry stakeholders. In the long run, the platform could help improve the practice of seed quality analysis and the official catalog of seed varieties.

The platform will help promote the seed trade in the region while fostering healthy competition in the marketplace, said Philip Olusegun Ojo, director general of the Nigerian Agricultural Seeds Council. Ojo noted that about 70 percent of the seeds used by farmers in West Africa are produced in Nigeria. Regulatory changes have boosted the country’s seed industry, Ojo said, and today more than 155 seed companies operate in Nigeria. The electronic platform will provide farmers with information on the origin of seeds and their country of availability. The West and Central African Council for Agricultural Research and Development has developed the program in cooperation with the West African Agricultural Productivity Program.

Abdou Tenkouano, executive director of the council, said Nigeria has the capacity to supply nearly two-thirds of the farmers in West Africa need. Tenkouano said that the platform was designed to become a hub that will be a precursor to regional research and development initiatives in agriculture. Heineken Lokpobiri, minister of Agriculture and Rural Development, said seeds are key to food security in Nigeria, which spends more than $6 billion annually on food imports. “The objective of achieving food security can only be realized through the availability of quality seeds,” Lokpobiri said, noting that more companies should be encouraged to enter the seed market as the nation attempts to diversify its agriculture. According to Lokpobiri, the quality of Nigerian seed has improved while production has increased from about 5,000 metric tons in 2007 to 173,000 metric tons in 2015, mostly maize and rice seed. Revenue increased to more than $70 million. “We were able to achieve this success through enhanced collaboration with research institutes, liberalization of foundation seed production, strengthening of the national seed certification, as well as total withdrawal of government agencies from certified seed production and marketing,” he said.

Agriculture is a major sector of the Nigerian economy, engaging more than two thirds of the workforce and accounting for about a third of the nation’s gross domestic product. Major food crops include beans, sesame, cashew nuts, cassava, cocoa, maize (corn), millet, rice, soybeans and yams. Small farms that are generally widely scattered produce about 80 percent of the food. More than 75 million acres, about a third of Nigeria’s land area, are under cultivation. The new seed exchange platform may help improve constraints highlighted in a report last year that said Nigeria’s seed industry was underperforming. The study said the industry was hampered by weak technical capacity, inefficient enforcement of seed laws, information disconnects and lack of capital investment. The report said Nigeria must assure that farmers have access to new varieties of seeds of high quality and at affordable prices. “Unfortunately, the Nigerian seed industry has not fully developed the capacity to perform this role very well.”