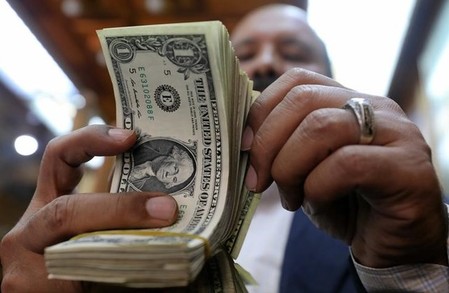 CAIRO (Reuters) – The World Bank has disbursed another $1 billion in financial assistance to Egypt out of its $3 billion loan programme with the country, the bank said in a statement on Monday.

Egypt has been negotiating billions of dollars in aid from various lenders to help revive an economy hit by political upheaval since a 2011 revolt and to ease a dollar shortage that has crippled imports and hampered its recovery.

“The government has taken important steps in implementing key policy and institutional reforms that are laying down the foundations for accelerated job creation and inclusive growth,” said Dr. Asad Alam, World Bank Country Director for Egypt, Yemen and Djibouti in the statement.

The World Bank issued the first $1 billion tranche of the loan in 2015, with two more instalments of the same size to follow, linked to additional reforms that the government planned.

Faced with a gaping budget deficit, Egypt began a series of painful economic reforms and has taken steps to lower fuel subsidies, introduced a new value-added tax (VAT) and let its currency float freely in the foreign exchange market in November to attract foreign inflows.

Sahar Nasr, Egypt’s minister of investment and international cooperation, said in a statement that the second tranche will help spur private sector investment and development projects and services, which should help improve people’s standard of living.

Hafez Ghanem, the World Bank’s vice president for the Middle East and North Africa, told Reuters this month that Cairo’s next set of economic reforms should focus on making its bureaucracy more transparent for investors.