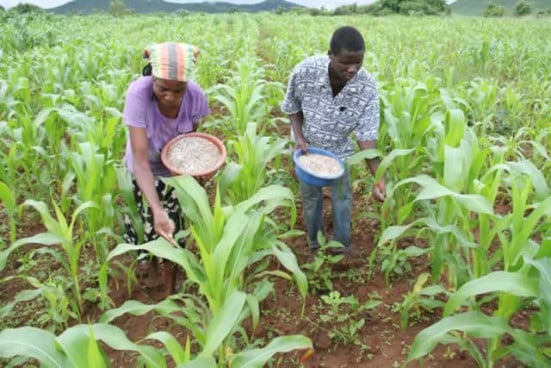 Despite an unstable economic context , the embattled government of Zimbabwe is putting on display ambitious growth targets for the next two years. The government recently projected an annual growth rate of 6.5 percent between 2016 and 2018.

That forecast contrasts with small economic growth rates in recent years jeopardising  President Robert Mugabe’s legitimacy. Mugabe, the world’s oldest state representative aged 92, has been in office for 36 years now. Finance minister Patrick Chinamasa had originally forecast an economic expansion of 2.7 percent in 2016. But Chinamasa was forced to cut the target by nearly half, to 1.4 percent, in the face of the negative impact of the drought and falling commodity prices worldwide.

Zimbabwe’s economic challenges include cash shortages, its worst drought in decades, heavy reliance on imports, crippled agricultural and manufacturing sectors, a drop in tourism, and worker strikes that have paralyzed key sectors. “What you have are highly incendiary conditions in Zimbabwe,” said Charles Laurie of the political risk firm Verisk Maplecroft. The nation is “ripe for a power grab.” Mugabe has cracked down on opponents and the government in August increased its surveillance of social media and cellphone channels while the military went on high alert in the face of what it said were potential cyber-terrorist attempts to destabilize the government. But the government cash shortage is evident prompting a government decision to start issuing bond notes that some see as a shadow currency. For the past two months‚ the government has been late in paying the military‚ police and other public workers. Zimbabwean banks have restricted the amount of cash that can be withdrawn, sometimes allowing only $20 per day.

Some experts say the country may be headed into its worst financial crisis since 2008-2009, when Zimbabwe dropped its national currency in the face of hyperinflation that reached 500 billion percent. The United States dollar, South African Rand and recently the Chinese Yuan, have been introducedd by the government as acceptable currencies in Zimbabwe. However, the government plans to introduce bond notes has sparked fears that large government issues of the notes will effectivelynamount to printing more money – a move that could drive inflation.

Zimbabwe was on the road to recovery in 2010-12 after a disastrous land reform initiative, and annual economic growth topped 10 percent in 2012. However, since then, growth has trended downward – 4.5 percent in 2013, 3.1 percent in 2015 and only 1.5 percent in 2015. The government said agriculture, fishing, manufacturing, and construction, would help drive growth in the next two years. At the same time, the government forecast targeted annual inflation of less than 1 percent and a budget deficit of 1.2 percent of gross domestic product in 2017 and 2018. But a number of key Zimbabwean economic sectors are highly challenged. Agriculture, the backbone of Zimbabwe’s economy, lacks funding and farmers are straddled with strict loan requirements driven by banks’ concerns about security for 99-year leases of many farms. The government is counting on receiving $5 billion from China to revive the agricultural sector. The nation hopes that China will provide funds for farmers to grow tobacco, flowers, cotton, and soya beans and to breed beef cattle.

In the aftermath of dramatic drought the government was forced to import more than 700,000 tons of maize adding to the country’s trade imbalance, which hit $3.3 billion in 2015. The manufacturing sector is currently hampered by obsolete equipment and power shortages as well as intensifying competition from cheaper imports. Currently, the sector has reduced production and is operating at about one-third of its capacity. A requirement that foreign investors sell controlling equity stakes in their companies to local residents has further dampened enthusiasm for investment. Direct foreign investment dropped by nearly a quarter in 2015 to $421 million. The decline was attributed to assessments showing high levels of corruption as well as bureaucratic red tape.

Tourism has also declined because of a ban on ivory imports and a 15 percent tax on accommodations and tourist services. A report by the Zimbabwe Council for Tourism report said the nation lost more than $100 million in tourism revenue last year because of the tax. Experts dispute the nation’s ability to meet the new economic growth targets. John Robertson, an independent Zimbabwean economist, said it was unlikely that funding from abroad would revive the economy. Oswell Binha, an economist and chairman of Buy Zimbabwe chairman said the economy, which is at risk of recession, simply does not have the capacity to grow at a rate of more than 6 percent. “Zimbabwe under its current circumstances will never achieve any growth beyond 4 percent,” Binha said, as a result of the country’s inability to maximize key drivers of its economy.