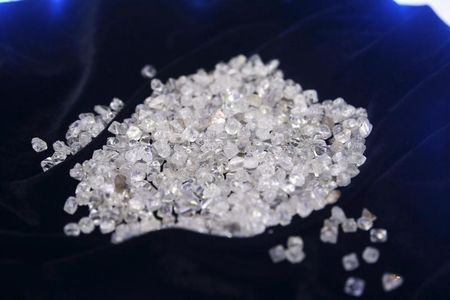 HARARE (Reuters) – Zimbabwe ordered diamond mining firms to stop operations immediately on Monday and leave the Marange fields as their licences have expired but denied the government was seizing the mines.

The diamond fields in the east of Zimbabwe near Mozambique are mined by nine firms. Eight, including two Chinese-run companies, are joint ventures 50 percent owned by the government and the other one is wholly owned by the state.

“The JV companies neglected or failed to renew the special (mining) grants. Some expired as far back as 2010 and others in 2013,” Mines Minister Walter Chidhakwa told reporters and executives from the mines in question.

“Since they no longer hold any titles, these companies were notified this morning to cease all mining activities with immediate effect,” he said, adding that Harare’s position was final and not negotiable.

Monday’s move follows months of wrangling between the mining companies and the government over its plans to merge the mines into one new entity to ensure efficiency and transparency, a proposal opposed by some of the firms.

Chidhakwa said the state-owned Zimbabwe Consolidated Diamond Company (ZCDC) will now hold all the diamond claims in the country, but said the state was not nationalising the mines.

“We are not expropriating. Remember the concession that we are taking does not belong to the company … it vests in the state. We are not touching the equipment, the bulldozers, the excavators, everything that you have put up remains your assets,” Chidhakwa said.

The latest move by President Robert Mugabe’s government could further tarnish the country’s image as a risky investment destination, with investors already unnerved by Mugabe’s drive to force foreign-owned firms to sell majority shares to locals.

“We have created a very unstable and threatening investment environment, no matter which sector you invest in Zimbabwe you will be interfered with,” said economic consultant John Robertson.

Zimbabwe was the eighth largest diamond producer in the world with 4.7 million carats in 2014, according to industry group Kimberly Process. Last year, the government received $23 million in royalties and other fees from diamond mines, down from $84 million in 2014.

Chidhakwa gave the firms, including Chinese-run Anjin and Jinan, 90 days to remove their equipment and said company officials now required government approval to access the mines.

He said companies in Marange had not fulfilled their investment promises and refused to be part of a new ZCDC, which was part of the reason why the government had to cancel the expired licences.

Robert Mhlanga, chairman of the largest mine in Marange, Mbada Resources, declined immediate comment on the move.

(By MacDonald Dzirutwe. Editing by James Macharia and David Clarke)