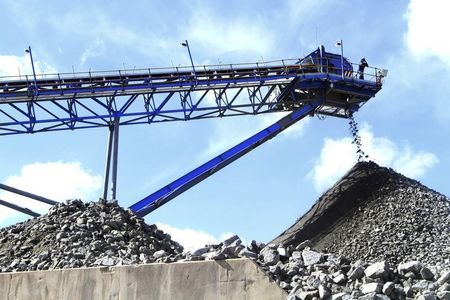 HARARE (Reuters) – Zimbabwe should reduce the royalty fee levied on platinum producers from the current 10 percent to help mining firms offset the impact of low prices, the country’s mining chamber has said.

Zimbabwe has the world’s second largest known deposits of platinum after South Africa but mines have struggled with low prices, a black empowerment law forcing mines to sell more than 50 percent of the business to locals, and power shortages.

In a commentary on the 2016 budget presented to parliament in November, the Chamber of Mines said royalty fees charged on the local divisions of Anglo American Platinum and Impala Platinum should be cut.

“The platinum sector requires support in the form of royalty reduction to restore viability, especially during this period of depressed prices,” the mining chamber said in a statement seen by Reuters on Tuesday.

Platinum prices are near seven-year lows of about $850 an ounce, hobbled by slowing demand in top consumer China and as the Volkswagen’s emissions-cheating scandal weighs on market sentiment.

Zimbabwe charges the 10 percent royalty rate on gross platinum sales. The government expects platinum production to increase to 468,791 ounces next year from 423,288 this year.

A 15 percent platinum levy on raw exports was deferred to January 2017 to allow mines to build smelters and base metal refineries, a move the mining chamber welcomed.

“In 2016, the sector will continue to be weighed down by depressed commodity prices, power shortages, inadequate capital and an unsustainable cost structure, compounded by high electricity tariffs, high cost of funding and sub-optimal royalty,” the chamber said.