Facebook and WhatsApp are the most popular social platforms. But more people in the region are using new tools for sharing photos and videos.

On the 27th day of Ramadan last year, millions of people around the world were able to see photos and videos taken by pilgrims in Mecca during a social media campaign that gave non-Muslims a rare glimpse of worshippers in the holy city.

The #Mecca_live campaign, in which 300,000 people used Snapchat and Twitter to capture or distribute images, was emblematic of the growing use of social media in the Middle East and North Africa.

Facebook and WhatsApp dominate social media in the Arab world. But there is growing use of new tools for capturing sharing photos and videos, content that can cross boundaries of cultures and language in the diverse region.

Several studies have documented to rise in social media in the Middle East and North Africa. Information about usage is important for businesses and institutions that want to reach users at a time when digital and social media are changing practices and attitudes in the region, especially among young people.

Businesses, news organizations, and other institutions that want to understand and connect with the region’s growing market and figure out how to direct their efforts need to understand social media usage, said Damian Radcliffe, a University of Oregon journalism professor who compiled the most recent report.

While Facebook is the dominant social platform in a number of countries, WhatsApp, Instagram and Snapchat have pockets of popularity, Radcliffe writes in his fourth annual report, “Social Media in the Middle East: The Story of 2015,” Radcliffe looks at data from a variety of sources to outline social media usage in the region.

Facebook has about 80 million users in the region, which has a total population of more than 350 million, and is adding more than one million new users a month. By comparison, the United States has 195 million Facebook users.

Egypt has the most Facebook users – 27 million – or about a third of the nation’s population.

At the same time, the United Arab Emirates has the most active Facebook user base. On average users spend an hour a day on Facebook, compared to 40 minutes globally, according to Facebook. With a population of nearly 10 million, the UAE has nearly four million Facebook users, or about 40 percent of the total population.

Other nations with large Facebook user bases are Saudi Arabia, with 12 million users, about 40 percent of the population, and Iraq, with 11 million users or about a third of the country’s residents.

A 2015 study found that Facebook is also the most popular social platform in the Kuwait, Oman, Iraq, Palestine, Jordan and Tunisia in addition to Saudi Arabia and the UAE.

WhatsApp, a messaging service acquired by Facebook in 2014 for $19 billion, is the leading platform in Lebanon, Sudan and Algeria, the study said.

Radcliffe noted that WhatsApp is being used for more than text messaging. He said it is increasingly used to discuss different interests from religion to cooking to news and is becoming a platform for e-commerce. 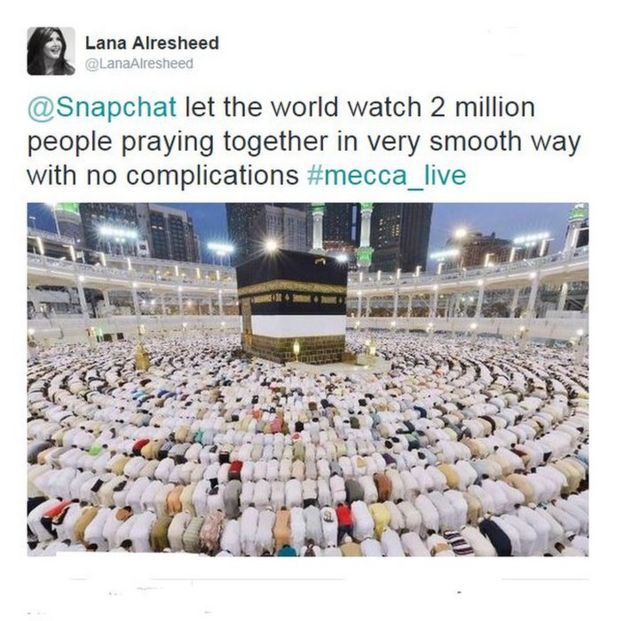 Instagram, a photo-sharing platform that Facebook bought in 2012 for $1 billion, has 25 million users in the Middle East and North Africa.

“No one country behaves and speaks with the same language or dialect and they certainly don’t have the same dynamics in terms of economy, language, lifestyle, religion, and ethnicity,” Ema Linaker said.

Saudi Arabia has 10.7 million Instagram users, while there are 3.2 million in Egypt and 2.2 million in the United Arab Emirates.

Video viewing on the increase

Videos are also becoming a staple of social media.

The region is the fastest growing consumer of videos on Facebook with consumption is twice the global average.

Periscope, a live-streaming application launched last year by Twitter, is popular in Turkey. Turkey has the highest use of Periscope of any country in the world after the United States. Istanbul, Ankara and Izmir are among the top 10 cities for Periscope use.

Periscope has a strong connection to Turkey. Its inventor created the application after a he visited then country when civil unrest erupted in 2013. Unable to get a street-eye view of Istanbul protests on traditional media, he came up with the idea of creating an easy-to-use live-streaming application.

According to Google data, video viewing on YouTube is also increasing. The amount of time spent watching videos on YouTube increased by 80 percent and the region is second only to the United States in online video viewership

Twitter, meanwhile, has very mixed adoption. On the high end, more than half of all social media users in Saudi Arabia and UAE have Twitter accounts although actual daily usage is quite low in Saudi Arabia.

Jordan, Palestine, Syria and Libya have low Twitter penetration but their users are very active.

Twitter users are mostly young, with people aged 18-24 accounting to 45 percent of users in the region.

Digital and social media are having a profound impact on young people around the globe and no less in the Arab world.

Born between 1977 and 1997, they are tech savvy and account for 40 percent of the population of the region.

Access to information and debate on digital and social platforms is propelling them away from the traditional perspectives of their elders, according to Booz & Company, a strategy consulting firm that has surveyed thousands of young people in the region.

“These young people are far more active as consumers and as critics. They are involved more directly than their parents in the media they consume and purchase, and they are more outspoken about society, economics, and politics.”

One Response to The Middle East connects on social media