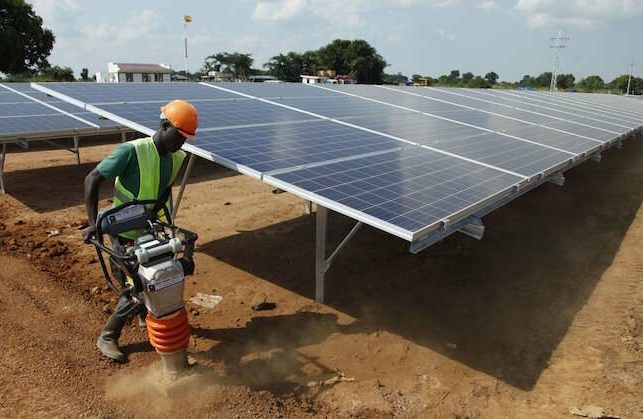 A partnership between the International Solar Alliance (ISA) and Bloomberg Philanthropies to mobilize over $1 trillion worth of investment into the solar sector could see the continent – home to 40% of the world’s solar potential – become a global leader in green energy.

A partnership between the International Solar Alliance (ISA) and Bloomberg Philanthropies was announced at the end of October 2021. The goal of this partnership is to mobilize over $1 trillion worth of investment into the solar sector to scale up solar energy production across the 80 member countries. Across the world, solar power capacity stands at about 788GW. $1 trillion in investment would see roughly an additional 1.6 TW of capacity added by 2030. Africa stands to benefit heavily from this investment – most of the ISA member countries are in Africa and much of the continent sits in the world’s ‘sunshine zone’ near the equator, the prime location for solar power generation.

The International Solar Alliance was launched in 2016, set-up by the current Indian Prime Minister Narendra Modi alongside former French President François Hollande with the goal of realizing a massive deployment of solar energy across the world. This would also help pave the way for future technologies. Since its inception, over 80 countries have signed and ratified the ISA Framework Agreement – a majority of them being African countries – making it the largest grouping of states world-wide after the United Nations.

Global electricity demand is set to double in the next 30 years, however among the 80 nations that make up the ISA’s ‘beneficiary’ classification – low income countries with solar markets of less than 100MW annually – demand is set to triple.

At the same time, cost of photovoltaic modules and lithium-ion batteries have fallen rapidly. In 1976 crystalline silicon photovoltaic modules cost around $77/W when adjusted for inflation, while in 2021 the cost stood at only $0.24/W. The BNEF report predicts that the price will fall further still as manufacturers tweak the technology for higher efficiency and reduced amount of material waste. 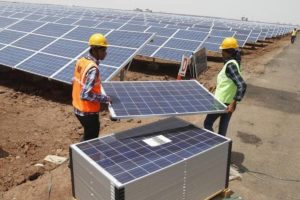 Many of the ISA’s beneficiary countries are in Africa where strong sunlight, coupled with a lack of infrastructure to create energy from fossil fuels make these markets perfect for development. Unfortunately the report notes that due to the Covid-19 pandemic, investment in solar projects in 2020 fell below 2019 levels by 44%.

Developing solar power on the continent has the potential to lift at least a billion people out of energy poverty. Along with that, strong investment in solar power on the continent would be a significant driver of Africa’s shift towards renewables. Right now, Africa is home to 40% of the world’s solar potential, but is home to only 1% of the world’s solar panels. This means Africa has the potential to become a global leader in creating a low or zero-carbon energy grid if solar power is developed heavily.

Along with lifting the region out of energy poverty and creating a new, green direction for power supply in Africa there would be economic benefits for the continent. If the One Sun, One World, One Grid Declaration (OSOWOG) released at Cop 26 achieves its goal of creating a worldwide grid where clean energy can be transmitted anywhere and anytime then a solar-rich region like Africa can sell the excess power generated across the world.

No small number of challenges still to be met

While the region certainly has potential, there are many challenges to overcome in order to turn the goal of $1 trillion into actual, on-the-ground investment. In a continent as large as Africa with thousands of languages and cultures across over fifty different countries, potential investors must deal with multiple governments, regulatory bodies, legal restrictions, and of course, cultural differences.

As of yet, how the money will be materialized, by who, and in what capacity remains a mystery. For those beneficiary countries that signed the ISA Framework, the only thing to do now is wait patiently for the ISA and Bloomberg NEF to release their upcoming Solar Investment Roadmap for 2022, which will shine a light on what the next steps will be to turn the goal into reality.

Business, Featured Africa stands to benefit from $1 trillion of investment into solar energy