The African body SABER looks to revolutionize energy in Africa 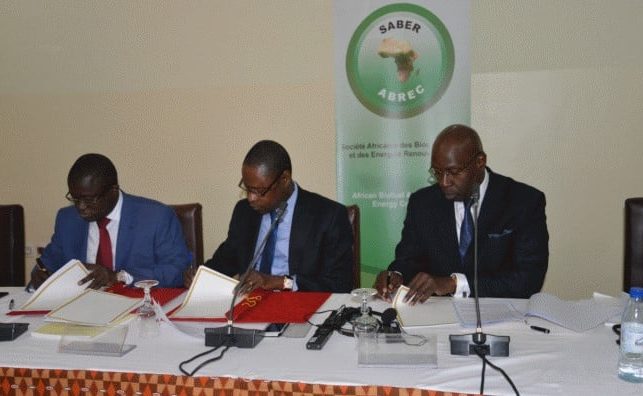 Since 2009, SABER has been working to change the nature of energy within Africa.

Energy is at the very core of how economies and societies develop, and yet the sources of energy have become huge issues in recent years. Every developed nation in the world fueled its economic growth off the back of fossil fuels, but as finite resources dwindle, nations are looking for more sustainable means of energy.

In developing regions of the world this is an issue that relates to more than just growth, but also to the well-being of its citizens. The pollution caused by traditional fuels often affects the poorest people the most, and as urban centers become the financial heart of emerging markets, the need for greener energy has become increasingly stark.

The African group SABER is a prime example of people taking the initiative to change the face of energy within their markets.

The African Society of BioFuels and Renewable Energies (ABREC/SABER) was established in 2009, to work towards creating cleaner and more sustainable sources of energy in Africa. The body is a public-private partnership (PPP) which is funded by 15 African nations in conjunction with various private enterprises.

SABER’s mission statement outlines how significant sustainable forms of energy will be for the emerging markets of Africa, saying, “Transitioning to clean energy is all the more demanding because energy needs are foreseen to expand considerably in Africa over the coming decades with new investment of about two thirds of existing capacity needed to keep pace with Africa’s growth.”

Although the organization is only 7 years old, it has already established a number of strong collaborative partnerships, and has turned ideas into realities. SABER was self-funded by 2012, which meant it had met its goal of being an independent advisory body to the public. In 2013, the group signed an agreement with the Committee on Economic and Monetary Union of West Africa (UEMOA), in which additional funding was allocated to move forward with several SABER projects.

The most notable of these projects has been the construction of solar powered street lighting across 3 African nations. Togo and Sierra Leone have both had 13,000 solar powered street lamps built, while a further 15,000 have been constructed in Benin. These developments alone are worth around $175 million of investment.

Solar energy features prominently in SABER proposals, alongside hydro-electricity and geothermal energy. These forms of energy are not only clean, but access the continent’s own resources intelligently.

CEO Thierno Bocar stated that within West Africa there were currently three areas that “have been selected: solar street lighting, rural electrification using solar kits or small-scale plants and the installation.”

However, SABER’s work is already expanding as it aims to address renewable energy needs across the continent.

Courtesy of SABER projects, there are currently solar power plants in 8 African nations, geothermal power stations in Kenya and Ethiopia, and a hydro-electric power plant in Uganda.

SABER has established relationships with The African Development Bank and USAID, but 2016 has seen further developments in their cooperative efforts. SABER recently announced a partnership with Oragroup that will provide further revenue for the growing number of energy projects across Africa. Oragroup wants to be known as the leading bank in Africa for fighting climate change, and Mr. Bocar described the $233 million platform as enabling “project arrangement with high added value.”

SABER’s continued growth constitutes more than its own ventures, as Bocar wants to foster environments in which local people drive change and grassroots initiatives can flourish. The plans to help build such a foundation are already in place, as SABER offers expert advice to governments, and is also striving to fund the Seeded Green African Development Fund. This structure will enable private equity to fund small-scale projects across the continent, with an initial goal of a $150 million fund over the next 10 years.

Of course, if SABER’s successes catch the imagination of others, and governments make the most of the support the organization offers, then organic growth within sustainable energy projects could well eclipse such targets. If it does then it will benefit not only Africa, but the world.