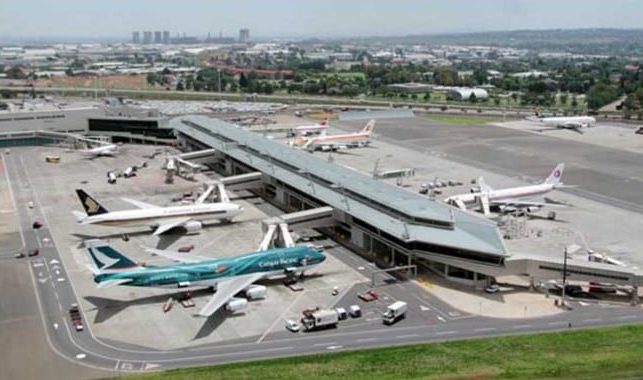 With a growing population that now surpasses one billion and an expanding middle class, Africa can expect to see air travel increase significantly in the next two decades.

The International Air Transport Association projects that the African air passenger rate will more than double from 119 million passengers in 2014 to 280 million in 2034. (source)

However, the African airline industry lags behind the rest of the global air industry and it faces significant obstacles to future growth, including lack of capital for expansion, high taxes and tariffs and a fragmented system that lowers efficiency and raises costs.

“Africa is a growing market with enormous opportunities for air transport. With an almost 1.1 billion population, it is a huge market for air transport,” said Elijah Chingosho, secretary general of the African Airlines Association (AFRAA). “However, the existing players are confronted with many challenges that are impeding their ability to take advantage of the opportunities.”

Aviation accounts for $80 billion in GDP

Aviation is already playing a role in the African economy, supporting nearly 7 million jobs and accounting for $80 billion in GDP. The sector, in which many airlines are government owned, grew by 5 percent in 2014, outpacing growth in Europe and America.

Currently, non-African carriers dominate intercontinental traffic to and from Africa, accounting for 80 percent of that traffic. Meanwhile, African airlines carry only 2.85 percent of all global traffic.

Intra-continental system is ripe for expansion

Chingosho said African airlines should focus on expanding intra-African and domestic travel. Currently, about 41 percent of traffic is inter-continental, 32 percent intra-Africa, and the rest domestic.

“The best opportunities for growth and expansion lie in the under-served African regional and domestic markets,” Chingosho said. He and others point to Africa’s fast-growing middle class, now about a third of the population, according to the African Development Bank, as an emerging group of potential customers.

Connections between African countries are difficult

Developing an efficient routing system within the continent is a priority.

In many cases it is easier for a traveler from an African country to first fly to Paris or Dubai and then to another African country, according to Fatima Beyina-Moussa, director general of Equatorial Congo Airlines and president of the African Airlines Association.

The African Airline Association has 33 airline members that account for 85 percent of traffic by African carriers, including the largest African airlines – Ethiopia Airlines and South African Airways.

Chingosho and other experts say the primary obstacle to expansion is lack of liberalization, or deregulation, that would open regional markets on the continent to trans-national competition.

Forty-four African nations signed the 1999 Yamoussoukro Decision designed to liberalize air travel on the continent, but implementation has been slow, according to the International Air Traffic Association. However, Chingosho offered some optimism: He said African heads of state had agreed to liberalization by January 2017.

The international association cited one 2014 study that examined the potential financial benefits of implementing the agreement and demonstrated “beyond doubt the tremendous potential for African aviation if the shackles are taken off,” said Tony Tyler, the association’s director general and CEO.

Another obstacle to growth is lack of capital.

African air carriers are small compared to international counterparts. Among the largest are: Ethiopian Airlines with 76 aircraft, South African Airways with 65, Royal Air Morocco with 53 and Kenya Airways with 45.

By contrast, Emirates has a fleet of 245 aircraft and Qatar Airways has 167. The world’s largest airline, American, has nearly 950 aircraft.

Chingosho estimated the African fleet would need 800 new aircraft to accommodate growth projected through 2030. Sixty percent of those would expand the fleet and the remaining 40 percent would replace aging aircraft. He said the bulk would be single-aisle, mid-range aircraft.

In addition, airports must be expanded and upgraded, he said.

High operating costs and inefficiencies are other factors holding the African aircraft industry back.

Jet fuel continues to be relatively expensive in Africa, about 30 percent higher than the global average. It cost nearly $120 per barrel in 2014, down from a peak of about $130 a barrel in 2012. Unpaved runways result in higher fuel consumption and maintenance costs. Adding to their costs, Chingosho said, many African airlines are using high capacity aircraft in small or mid-sized markets, which has pushed average load factors below 70 percent. This compares with an average of 80 percent globally.

At the same time, high tariffs and cumbersome customs regulations limit development of airfreight. For example, The National Association of Government Freight Forwarders recently complained that high tariffs have forced Nigerian importers out of that country and many others will leave.

Airport charges are high, with some airports adding as much as $150 per passenger to the cost of a ticket.

The result is high fares and low profit margins.

Meanwhile, the African airlines operate on a profit margin of less than 1 percent, compared to 4 percent globally.

Lack of safety and concerns about terrorism and civil strife further depress demand for air travel.

Chingosho said many airlines are still below global standards but he noted that 41 African airlines have adopted international safety standards.

He said the airlines need better training personnel in all areas, including safety. He has encouraged aircraft manufacturers to provide that training.

Chingosho and others assign some of the blame for high costs to high taxes assessed by governments that see air travel as a service for the rich, who can afford to pay, rather than a means of mass transportation that is particularly suitable for Africa with its challenging topography.