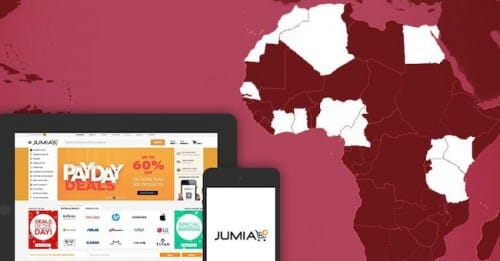 African Internet Group (AIG) has become the continent’s first ever start-up company to be valued at over $1 billion.

African Internet Group (AIG) has been a trailblazer since the company was launched, in 2012, and it has now become the continent’s first ever “unicorn” startup. A “unicorn” simply refers to any startup company that becomes valued at over $1 billion, of which there are only 151 across the globe.

While such success is an incredible achievement for any business, to attain such status within only 4 years of launching is an astounding feat.

It is not simply the matter of how AIG can provide employment and services in Africa, but how such success inspires others to pursue their ambitions within the continent.

It was expected that AIG would reach its “unicorn” standing by early this year, as turnover from its numerous brands continued to soar. Then, in March, the French insurance group AXA announced that it had purchased an 8% share of the company for $326 million, and AIG finally had a valuation of over $1 billion.

Within weeks of this announcement, the organization had further investment. French mobile phone company Orange declared it had put a further $85 million into AIG, adding still more revenue to the startup’s burgeoning resources.

While Orange’s plans for cross-promotion with AIG are not yet clear, AXA will look to sell insurance packages through AIG’s largest source of income, its Jumia online retail brand.

Jumia was set-up, alongside AIG, by co-founders Jérémy Hodara and Sacha Poignonnec to provide African customers with an online shopping experience that matched the one offered by Amazon to consumers outside of Africa. While primarily focused in Nigeria, Jumia has expanded into a further 10 countries.

As Jumia flourished, AIG bought up and invested in other African companies that tapped into the demand for greater services in retail and leisure. The AIG portfolio includes the likes of Hellofood, an app for food delivery and Easy Taxi, which is essentially an African Uber.

The keys to success

Whenever a company realizes the level of growth that AIG has experienced, it is pertinent to ask: just what did they do to achieve such huge and rapid success? In the case of AIG, there are a number of factors that have allowed the company to do something unprecedented in Africa, with two in particular standing out.

The first of these was the focus on understanding and meeting the wishes of local markets. In an interview with Forbes magazine, Hodara explained that many African consumers were unsure about online shopping and trust had to be carefully fostered. This was done by offering not only exceptional service but by giving options that would be unusual in a market like America. One example of such options was cash on delivery, as Hodara said, “That way, people have assurance they can pay when the product arrives.”

The second major differential, that marks AIG’s group of e-commerce sites apart, has been their vertical integration. While most retailers in the US or Europe would outsource delivery to an existing company, this would simply not provide the level of customer service AIG wanted in Africa. Therefore, they use their own fleet of drivers, which Hodara explains is “larger than UPS, Fedex and DHL in Nigeria.”

AIG also employs its own online marketing and IT teams, which, aside from ensuring quality control, also reduces costs. Hodara says, “We believe we need to control the value chain from A-Z.”

Online retail is an area that Hodara believes will eclipse “bricks and mortar retail” within Africa. With that in mind, it has been a huge boon to AIG to have struck deals with the continent’s largest telecommunications companies, Rocket Internet, Milicom International Cellular and MTN.

Even more tantalizingly, McKinsey Consultants predict that within 9 years’ time, Internet penetration in Africa will have hit 50%. The opportunity for even greater expansion is evidently within AIG’s grasp.

A few years ago, an African “unicorn” might have seemed a proposition almost as unbelievable as its namesake, but AIG has not just become a first, they have potentially changed forever how investors view African startups.