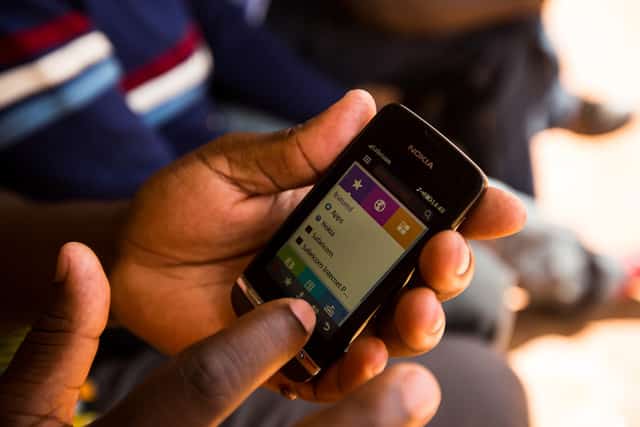 Mobile and internet penetration in Morocco continues to grow and crossover, as the country embraces technology.

The National Authority of Morocco’s telecoms regulator (ANRT) released a report, earlier this year, that assessed the growth of the telecoms market from 2010-2015. The report found huge growth in mobile phone use, both in terms of penetration and the average time spent using a phone per customer. At the forefront of this expansion, the report highlighted falling costs, especially in areas such as 4G, which has helped bring the use of mobile phones and the Internet more inline. This expansion has seen a 146% increase in the average monthly usage of mobile owners in the past 5 years.

It would be foolish to dismiss the impact that smartphone technology can have within a country. The Arab Spring movement was, in part, driven forward by the use of social media platforms such as Twitter, which allowed on the spot reports and information from everyday people. While Morocco is a stable country, without much of the political unrest found elsewhere in North Africa, the impact of smartphones and online activity has the potential to bring about an economic revolution.

Online shopping has exploded in Morocco, and the use of mobile phones for web purchases has grown at an astonishing rate. This not only benefits online giants, but encourages local companies and outlets to take advantage of the new trend. Research carried out by MasterCard illustrates just how rapidly the use of smartphones for shopping has increased. In 2013, MasterCard reported that only 9% of users had made an online purchase via their phone in the previous few months. When this survey of 4,000 people was repeated in 2014, the figure had soared to 66%!

E-commerce could provide Morocco with a source of revenue that shows no sign of diminishing on a global level, never mind in an emerging market – where the scope for increasing penetration is even larger.

Are social media and apps the second wave of growth?

The ANRT report on mobile expansion showed that in 2012, only 16% of mobile phone owners in Morocco owned a smart phone. By 2014, this figure had risen to 38.2%, which indicates just how quickly the mobile landscape has changed. However, social media has not yet reached anything like the ubiquitous nature of its standing in Europe and North America. This is, like most areas involving the Internet, changing and it is changing at pace.

The Arab Social Media Report found that by 2014, Facebook penetration in Morocco was at 16% of the population, and had a growth rate of 13%, which was the second highest in North Africa.

With social media come apps, social media games and the proliferation of advertising. All of these things open up doors for startup companies, and a wider customer base for existing businesses.

It is therefore no surprise that Moroccan game designers and entrepreneurs have already begun to drive the second wave of Moroccan internet and mobile growth. The private telecom group Inwi now hosts an event called Inwi Days, in which game designers have 24 hours to create a new web game, and pitch it to a panel of judges in order to win a $12,000 prize.

Méditel Telecoms have launched a similar competition for app designers, and while this development of technology is fairly new, the majority of winners have maintained clear roots to Moroccan culture and traditions.

Méditel’s app challenge was won by the app Maroc Culture, which is a trivia game that tests the player’s knowledge of Moroccan culture and traditions.

As mobile phones become even more popular, and the Internet plays a greater role in the lives of people across Morocco, such markets will continue to grow. A young generation of innovators is now taking advantage of these openings to create new businesses and trends, but ones that remain quintessentially Moroccan.