An Untapped Resource: Emerging Fields of Employment for Women in the Middle East 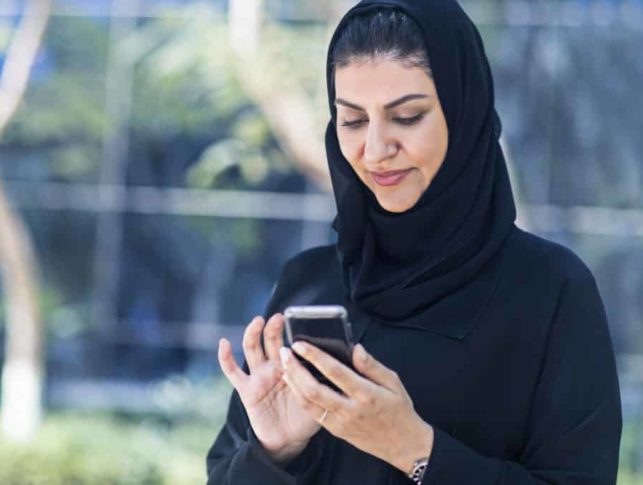 Echoing global trends, in the Middle East the number of women pursuing a university degree is equal to, or higher than the number of men. In Kuwait, Qatar, Saudi Arabia, and Jordan women constitute respectively 67%, 63%, 57%, and 51% of university graduates. Arab women outnumber men in even the hard sciences. Indeed, the number of female STEM graduates is higher in the Middle East than it is in Western Europe. But as of yet, these advances in education have not translated into jobs. The number of women in paid employment in the MENA region is the world’s lowest, at 32%. In Jordan that figure is 16%. And women are more than three times as likely to be unemployed as men in Saudi Arabia and Qatar. In Kuwait, nearly 80% of the unemployed are women.

Persistent social and economic barriers – both perceived and real – are standing in the way. How will women travel to work when they’re not allowed to drive? Who will escort them? Who will look after their children? And what happens if they become pregnant? Comprehensive female employment will require governments to enact new laws. And it will require companies to create separate offices, bathrooms, entrances, and more.

However, representing a highly educated talent pool and an untapped resource that could offer the region a competitive advantage, women are perfectly qualified to play a productive role in the workforce. And indeed, there are now some positive signs that fields of female employment are starting to emerge and that businesses are starting to capitalize on the potential of Middle Eastern women.

Technology is playing a significant role. In a region where nearly a third of the 355 million population are aged 15 to 25, Internet and social media penetration is very high. Nearly 90% access the web from home (except in Jordan and Egypt where the figure is 44%-50%). And nearly nine in ten Internet users log in to social media every day. Nowhere in the world does Twitter have more active users in proportion to the population than in Saudi Arabia. Unsurprisingly, the region is also the world’s fastest-growing e-commerce market.

The combination is creating opportunities for women, allowing them to set up small businesses from home where they can at once conform to traditional social norms and work. Indeed, where only 10% of Internet entrepreneurs across the world are women, in the MENA region that figure is 35%. ElMuda.com was supported by Oasis500, the first early stage and seed investment company in Jordan and the MENA region. And there are many other bodies similarly investing in the region’s female entrepreneurs. The Gaza Sky Geeks accelerator is actively working to increase women’s leadership in the Gaza start-up sector. Girls in Tech is working to inform women in urban and rural communities around the world about the possibilities that tech can open up. And the US State Department has a TechWomen initiative which pairs MENA female tech entrepreneurs with American counterparts in Silicon Valley.

Fetchr is revolutionizing Middle Eastern delivery with a female workforce

E-commerce is also creating further employment opportunities for women. For example, GPS delivery app Fetchr has developed a female workforce to revolutionize delivery in the region. Currently, much of e-commerce is paid for cash on delivery (60%), but if a woman is home alone she won’t answer the door for a male driver. This results in returned products, lag times in payment, and repeat delivery trips. In solution, Fetchr, operating in Saudi Arabia, Dubai, and Bahrain, has employed women to make the deliveries.

Co-founders Joy Ajlouny and Idriss al-Rifai say: “In Saudi Arabia, women are not allowed to drive. Our deliverywomen will not be driving, they’ll just be knocking on doors. And because Saudi law dictates that all women must be accompanied in public spaces by a mahram, a male-relative or in-law escort, Fetchr employs family teams. Father-daughter, brother-sister, uncle-niece.” The company is also actively hiring female drivers in the UAE where women are allowed to drive.

Fetchr is not the only company capitalizing on the business benefits of a female workforce. In Saudi Arabia, the Olayan Group, a 30-company conglomerate led by Lubna Olayan, is similarly committed to female employment. The Group, which deals in investing, real estate, manufacturing and distribution for foreign brands including Coca-Cola, Ritz Crackers, and Oreos, currently employs some 400 women (3% of its 12,000 Saudi-based employees). It has set a target to have 1,000 female employees in roles at all levels, from the factory floor to sales and management, by 2016.

The Group’s first female employees, mostly disadvantaged women, made history when they became Saudi Arabia’s first ever female factory workers, sewing surgical gowns at Enayah. Coca-Cola bottling now has an all-female bottling line. And Nabisco Arabia has a woman-only production line. Olayan companies have installed female prayer rooms and created partitions in offices, canteens, and factory floors to give their women workers privacy in line with regulations. There are also women-only buses to and from work.

Because yes, in the short term female employment in the MENA region will take some investment. But in the long term, capitalizing on the potential of a whole sector of society will also come with benefits.