Angola looks to hydropower, shipyards to boost its economy 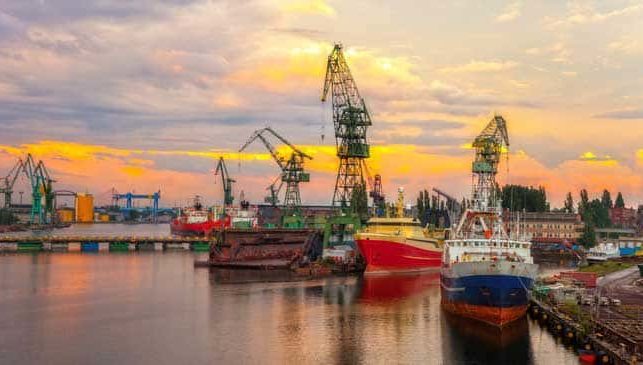 A major shipbuilding company based in the Middle East has forged a partnership to bring a shipyard, naval vessels and hydropower to Angola. Privinvest announced the launch of a major shipbuilding and maritime development project with the Republic of Angola in early September. The agreement builds on a previous pact to develop hydrokinetic power in the southern African nation. Both efforts are to be joint ventures of the government and Privinvest.

Under the latest agreement, Privinvest will provide a range of ships of the Angolan Navy. At the same time, the company will work with the British firm Simportex to develop and operate a shipyard in Angola. The modern shipyard will be able to build and service ships. In addition to supplying ships, Privinvest will provide state of the art technology to enable future construction of naval vessels in Angola.

“This marks a step in cooperation with one of the most dynamic economies in Africa,” Boulos Hankach, President of Shipbuilding Investments at Privinvest, said. “It shows that we have the skills and capabilities to promote high-level programs in countries around the world.”

In July, the government of Angola and Privinvest signed an agreement to bring hydrokinetic power generation to the country over the next 10 years. Angola wants to be able to generate 9,000 megawatts of power by 2025, with much of it coming from the capture of energy from water flows. The project will initially develop three test sites with a total expected output of 12 megawatts or more. The first site is expected to be operational next year. Privinvest will build hydrokinetic turbines and develop hydro-energy fields under the agreement. The Angolan public utility Prodel has agreed to buy all of the electrical output of the venture.

Joao Baptista Borges, Angolan minister of energy and water, noted that the country is a major source of untapped hydropower. With the introduction of new technology, it will be possible to produce low-cost energy for rural areas of Angola with the goal of providing access to energy to more than 14 million residents in the next decade.

Company based in Lebanon

Privinvest, based in Lebanon, has shipyards and other facilities in the Mediterranean region, the Arabian Gulf, France, Germany and the United Kingdom. The company was founded and is led by Iskander and Akram Safa, two French brothers of Lebanese descent.

Privinvest said its shipyards have produced more than 2,000 vessels and more than 40 navies use its ships globally. Currently, the company is working with six national navies in addition to private customers.

The company began working in hydrokinetic power in 2012 with affiliates that manufacture turbines for use both in rivers and at sea.

Angola, meanwhile, is under pressure to diversify its economy. As the second-largest oil producer in Africa, the nation has been hard it by falling crude prices. Last year, the World Bank agreed to give the country $650 million in financial support – a loan of $450 million and guarantees amounting to $200 million – to help stabilize its economy, the first such aid to Angola since 2010. Even with the aid, the government was forced to cut its budget by 25 percent while its currency lost 15 percent against the dollar. Nonetheless, growth in the country’s gross domestic product was nearly 5 percent in 2014.