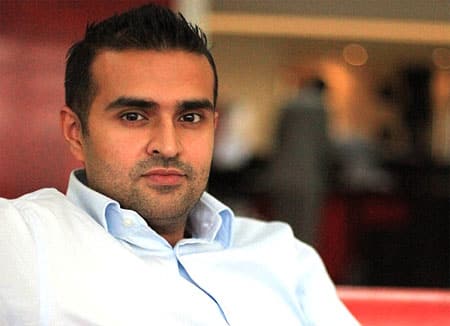 His life story reads like a sweeping epic of tragedy, adventure and success.

He was born to parents expelled from their native Uganda by Idi Amin. He became a refugee from the genocide of Rwanda. He left school at age 15 to start a computer business. Nineteen years later, that tiny business has mushroomed into a conglomerate that employs 11,000 people in 25 countries.

Meet Ashish J. Thakkar, founder and executive chairman of the Mara Group. At only 34 years of age, Thakkar’s net worth is estimated at $260 million.

His latest venture is agriculture, large-scale maize cultivation in Africa.

The secret to his success? “It’s difficult to identify one specific reason or catalyst, but above all other things, I believe a strong sense of perseverance, always thinking big and aiming high, and of course positivity, has allowed me to realize my vision,” he said.

“Always be down to earth and approachable,” he added. “The day your arrogance or ego kicks in, it’s all over. Always remember, no matter how big you become you will still always be a drop in the ocean in the grand scheme of things.”

He also founded the Mara Foundation, which mentors budding entrepreneurs.

In his book, “The Lion Awakes: Adventures in Africa’s Economic Miracle,” (Palgrave: August 2015), he chronicles the economic awakening of Africa that he has seen and benefitted from first-hand.

He also wants to be the first East African in space through Virgin Galactic, the Richard Branson-backed space tourism project. “I’m taking quite a few of flags into space, as a way to kind of send a strong message that ‘look, we as Africa have the vision and the ability as well’,” he said.

Thakkar’s family is of Indian descent but had lived in Uganda since the 1800s until 1972, when Idi Amin expelled Asians from the country. The family lived in England for more than a decade; Ashish Thakkar was born in Leicester. The family returned to Africa and lived in Rwanda until they were forced to flee the genocide and return to England in 1994.

“From being top entrepreneurs, my parents were reduced to waking up at the crack of dawn to sell women’s clothes and drive vans to markets all around England,” he said.

From England, the family moved to Burundi before returning to Uganda when he was 14.

Started computer business with a $5,000 loan

Thakkar dropped out of school at age 15 and borrowed $5,000 to start a small computer business, traveling to Dubai regularly to bring back equipment including keyboards and mice.

He said he focused on growing his business rather than on taking profit.

“I reinvested everything in my business. The only way you are going to grow is if you keep on planting.”(source)

He is sometimes referred to as Africa’s “youngest billionaire” because his estimated $260 million net worth translates into more than one billion South African rand. Thakkar resists that label.

“Money should never be a measurement for anything,” he said. “I like to see myself as an entrepreneur that’s being disruptive — I like to be the underdog in a lot of cases.”