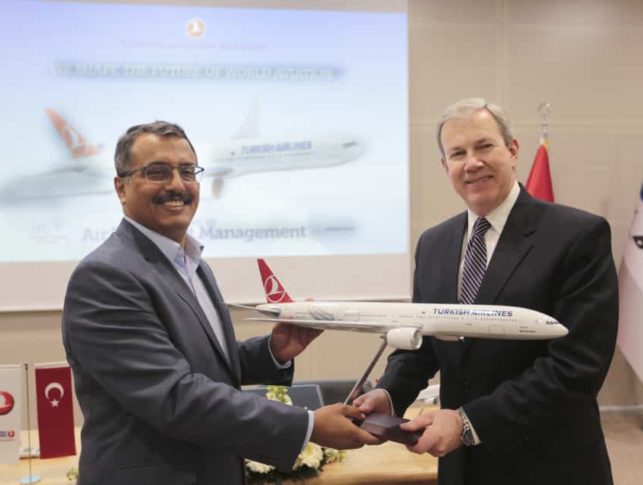 He’s based in Dubai in the United Arab Emirates, in “Boeing Middle East” headquarters established in 2005. Dunn reports to Marc Allen, president of Boeing International.

Marc Allen once said about Bernard Dunn: “Bernie successfully led Boeing across all facets of our business interests in Turkey and North Africa… Bernie is uniquely qualified to lead our company in the Middle East region.”

In 1982 Dunn started the US Army’s Foreign Area Officer program. He is a Master in National Security Affairs from Naval Postgraduate School in Monterey, CA. At that time he accomplished a course in Arabic language. Later, Dunn was an officer in the US Army and served in various junior command positions, besides the US, in Germany and Middle East.

Dunn, who speaks Arabic fluently, has been living and working in Middle East for most of the time during the past 30 years. He joined Boeing from ITT Defence International, where he was vice president of Business Development for Middle East and Africa for 10 years. He was in charge for supervision of the marketing and business development in a large region from Morocco to Afghanistan. He had been serving in this position since November 2002.

On July 23, 2012 Bernie Dunn had succeeded Boeing Turkey president Gregory Pepin, who was supposed to retire from company in October ’12. Dunn was in charge for coordinating all Boeing’s business in Turkey and reported to Shepherd Hill, the ex-president. Dunn led Boeing’s business in Turkey and the North African countries for the last three years. He had been based in Ankara.

A bit of history of Boeing’s business with Middle East

According to the company’s official website, The Boeing Company has a strong and long-standing relationship with the Kingdom of Saudi Arabia, UAE and Qatar. The relationship with KSA was born on February 14, 1945. President of the United States Franklin Roosevelt presented an airplane model DC-3 to the King of Saudi Arabia. In 1982 Boeing established Boeing Middle East Limited in Riyadh, a commercial company 100% of which belong to Boeing. Since 1961, KSA ordered 129 Boeing airplanes. The most wanted models are 707, 737, 747, 777, but also MD-11F, DC-9, MD90. In addition, Boeing has sold a number of Business Jets to private Saudi businessmen, VIPs, funds and other private entities.

The relationship with UAE started in 1999. Boeing Defense Space & Security, which used to name Integrated Defense Systems, established an office in Abu Dhabi. In 2005 Boeing established headquarters for Boeing Middle East in Dubai. In 2012, the office was relocated. In total, UAE has ordered 277 airplanes from Boeing. Airline companies are main customers, ordering Boeing’s 777, 787 and 737th models.

Middle East region is one of the key partner regions for Boeing Company. The position of a new President of Middle East Division could only be succeeded by a person who is experienced in aviation business in that region and fluent in local languages. Bernard Dunn, with his 30 years of experience of business development in different companies functioning in Middle East, seems to be the best candidate for this position.