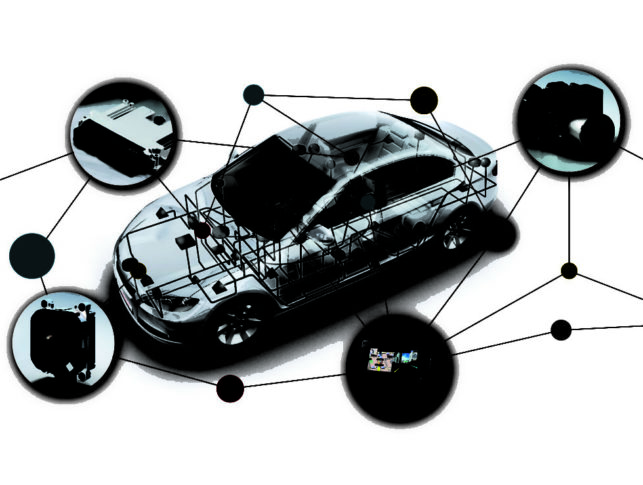 Through continual development of new technologies and applications as well as through the forging of strategic partnerships in the region, the Bosch Group expects global sales to grow an additional three to five per cent in 2015.

Bosch is known for innovative new ideas, which is exemplified by the approximately 46,000 new patent applicants filed by the company in 2014 alone. Additionally, many new products and solutions have recently been launched, including software solutions for smart heating systems and buildings, as well as for connected industry and mobility. Bosch’s position in the fields of smart homes and automated driving has also been strengthened by complete acquisition of BSH Hausgeräte GmbH and Robert Bosch Au¬tomotive Steering GmbH.

Volker Bischoff, general manager and vice president of Robert Bosch Middle East, has stated that the company additionally expects increased demands for Bosch products and technologies as foreign governments worked to diversify their economies and increase development of infrastructure, including use of smart technologies.

An example of how these new technologies could be applied has been demonstrated in Monaco, where Bosch technology was used in its connected city project. As a small, densely populated city, Monaco provided an optimal testing ground for Bosch’s microelectromechanical system (MEMS) sensors, which enable large scale communication across sectors. These technologies are able to provide the city’s residents and visitors with real-time information on waste collection, bus networks, car parking management, and information on road work, making every day tasks simpler to manage.

Bosch aims to apply this technology to its work in the Middle East, focusing on Dubai’s new development plan as an opportunity to showcase their latest products. The Dubai Plan 2021 envisions the construction of “a smart, integrated and connected city” as part of its initiative to promote more advanced, comprehensive development of Dubai.

“Connectivity is a key area for us globally in 2015 and with the UAE’s ambitions for a smart, connected future, we recognise the potential to become an integral enabler of that future. Our MEMS, for example, form the basis of many connected solutions and we are utilising them to make cities easier to navigate and park in, connect people to public services, and transport and allow traffic lights to respond accordingly when emergency services are passing,” Bischoff explained in an interview with Arabian Business.

Further expansion in the Middle East

However, the UAE is not the only country on Bosch’s radar. A fourth regional representative office in is in the plans for Lahore, Pakistan and numerous new projects are being implemented across the region.

To ensure that automotive aftermarket business continues to serve as a key driver of growth, Bosch brought the number of car service workshops in the Middle East to 225 by adding 50 in 2014 and planning for the addition of 14 more in the UAE by the end of 2015.

To take advantage of the market in Saudi Arabia, where Bosch had its second highest sales in the Middle East, Bosch Home Appliances is also preparing to expand business through a strategic alliance with a leading Saudi-based distributor Abdul Latif Jameel Electronics, focusing on innovative products designed for household chores.

Additionally, Iran and Iraq, where Bosch has had previous success, have been targeted for further expansion. While the current political environment has put work there on hold, following improvements in local and international dynamics, Bosch aims to resume and increase work in these countries, with initial primary focus on the automotive industry.

With these projects representing only a small fraction of their plans for the region, the future of Bosch Middle East looks bright.