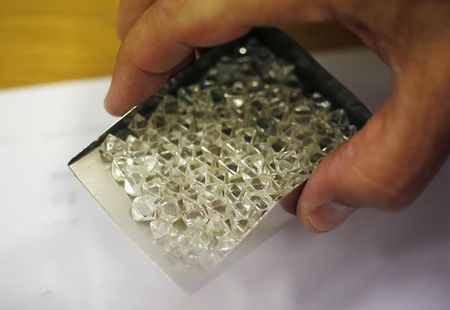 GABORONE (Reuters) – Botswana’s trade balance swung to a 1.7 billion pula ($159 million) deficit in August from a 1.82 billion pula surplus in the same period last year due to a sharp fall in diamond exports, the statistics agency said on Friday.

On a month-on-month basis, the trade balance recorded a 1.7 billion deficit in August compared with a 486 million pula in July.

The data shows that while imports remained relatively flat, the August month-on-month deficit was driven by a significant 34 percent decline in exports from 4.6 billion pula to 3.03 billion pula.