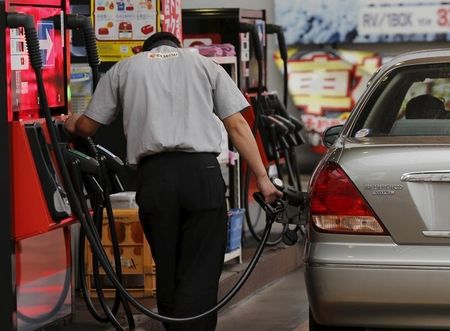 TOKYO (Reuters) – U.S. crude oil futures fell in Asian trade on Friday, heading lower after posting the first significant gains for 2016 in the previous session, as the prospect of additional Iranian supply looms over the market.

WTI is on track to post a third consecutive weekly loss, down more than 6 percent. The contract is down nearly 18 percent from a 2016 high on January 4.

Over the previous eight sessions, Brent had lost about $7 a barrel, almost 20 percent.

Western sanctions on Iran are expected to be lifted within days, potentially paving the way for more crude oil exports from the country, under a landmark agreement on Tehran’s disputed nuclear programme.

“This is three or four months ahead of what the market was thinking last year, so it just adds fuel to the fire,” said Tony Nunan, Oil risk Manager, Mitsubishi Corp in Tokyo.

Iran has removed the sensitive core of its Arak nuclear reactor and U.N. inspectors will visit the site on Thursday to verify the move crucial to the implementation of the atomic agreement with major powers, state television said on Thursday.

Any additional oil from Iran would add to the glut that has pushed oil prices into a deep slump since the middle of 2014.

“It is the wrong time for Iran to be returning to the oil market, both for the market and likely also for Iran,” Phillip Futures said in a note on Friday.

“It would have been so much more ideal for Iran to return to the oil scene if prices were soaring at $100,” it said.