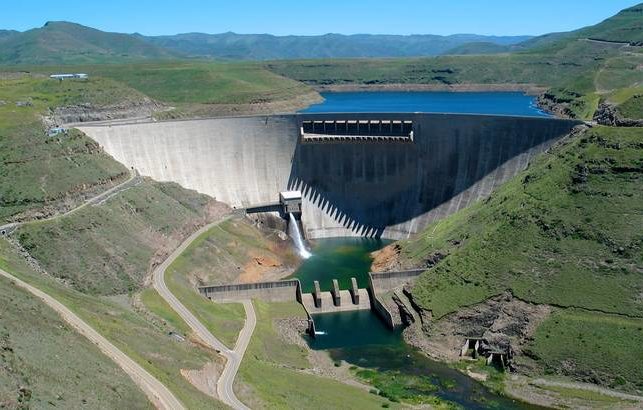 Power shortages in Zambia and Zimbabwe undermine their struggling economies.

Drought has brought record-low water levels at the Kariba Dam on the Zambia-Zimbabwe border, forcing significant power cutbacks and rationing.

The crisis at the world’s largest man-made reservoir threatens to further weaken the growth outlook for the two countries at a time when they face falling commodity prices. The struggling mining industry has been particularly hard hit.

The reservoir fell to 11 percent of capacity in late January before rising slightly to 12 percent this month after dam authorities cut hydropower production to 25 percent of capacity. A year ago, the dam, which is fed by the Zambezi River, was at more than 50 percent capacity but drought and heavier than expected water usage resulted in the decline.

While authorities may avoid a shutdown of the hydropower production, power shortages are expected to last for years. According to the World Bank, the power deficit could last at least until 2018 and possibly until 2020.

Kapata said the power deficit totaled 630 megawatts in January. The utility’s goal is to reduce the deficit to less than 160 megawatts by August, he said. 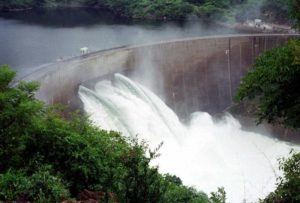 The power cuts have dealt a significant blow to a mining industry that was already in trouble.

Zambian mining interests in August agreed to cut hydropower consumption by 30 percent as the problems became evident last summer. In Zimbabwe, mines and other major users were ordered to cut their consumption by 25 percent in October.

As a result of cutbacks and global price declines, mining growth has stalled.

In Zambia, where mining accounts for 80 percent of exports, production of copper, also was expected to decline this year. Two major mining companies suspended operations and cut thousands of jobs following the decline in copper prices and thousands of jobs were lost.

Effective January 1st, the government increased power tariffs by 25 percent in an attempt to encourage mining companies to invest in power generation.

In Zimbabwe, where minerals account for 55 percent of all exports, production fell slightly in 2015, according to the Chamber of Mines of Zimbabwe. The total value of mineral shipments declined steadily between 2012 and 2015 from $2.2 billion to $1.8 billion because of low output and declining prices globally.

Finance Minister Patrick Chinamasa has said the power crisis has become an obstacle to economic growth in Zimbabwe and the government is putting a priority on power projects.

“We regard power generation as our number one priority to move the country toward an economic recovery,” Chinamasa told the Parliament in December.

Even as the drought eases, a larger crisis looms for the Kariba Dam. Engineering experts have been warning for years that the dam wall is in danger of collapse.

The low water level reduces the pressure temporarily, but “the bigger picture of the state of Kariba dam is critical,” said Kay Darbourn, author of an extensive 2015 report on the dam.

Darbourn said factors including high rainfall that will feed water inflows locally and from other regions as well as potential earthquake activity, “could all contribute to the likelihood of failure of the Kariba Dam.”

The report, “Impact of failure of the Kariba Dam,” (pdf) said 2014-2017 was a crucial period of danger for the dam, while a project to repair it will not be completed until 2025.

Bedrock at the foot of the dam erodes

The dam was built in 1959 on a seemingly solid bed of basalt. However, torrents from the spillway have eroded the bedrock at the foot of the dam and a large crater now undermines the base of the dam wall.

Engineers have warned for years that the dam, which is 128 meters tall and 579 meters wide, will collapse and the floodwaters will breach Mozambique’s Cahora Bassa Dam, knocking out about 40 percent of southern Africa’s hydroelectric supply.

An estimated 3.5 million lives would be at risk in Zambia and Zimbabwe as well as further downstream in Malawi and Mozambique.

Fears were heightened in January when an earthquake measuring 4.6 on the Richter scale struck less than 60 kilometers away from the dam. The dam has withstood quakes as high as 5.5. Authorities are assessing whether the quake caused additional damage to the dam.

Munyaradzi Munodawafa, spokesperson for the Zambezi River Authority (ZRA), manager of the dam, said Zambia and Zimbabwe had raised about nearly all of the $300 million needed to fix the structure. Work was expected to start early in 2016.