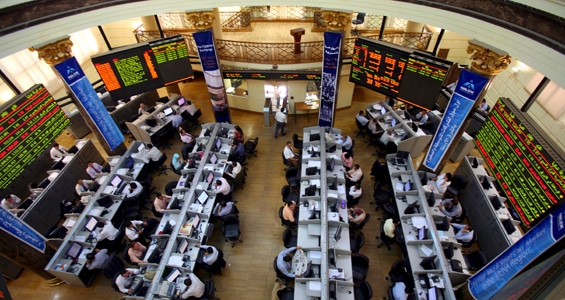 As the nation seeks to become a global trade center for grain, it will open an exchange focused on agricultural products this year.

Egypt plans to launch a commodities exchange focused on agricultural products, the first of its kind in the Middle East as part of the nation’s goal of developing a major trade and processing hub for grain on the Mediterranean coast.

According to Egyptian Minister of Supply Khaled Hanafy, the government plans to begin operating the commodities exchange by the end of this year.

Meanwhile, Hanafy has also been courting international investors for a $2 billion initiative to turn Egypt into a global grain-trading hub.

The Egyptian government wants to make the country a major center for processing and re-exporting wheat, maize, soy, and other commodities. Grain is a significant crop in Egypt but it is also the world’s largest wheat importer.

Development of Damietta as major port

The government is proposing a mega-development in the port of Damietta on the Mediterranean coast, including new piers that could receive giant tankers and ships.

The plan was approved by President Fattah al-Sisi in October and the project is to be finished in two years.

Hanafy cited Egypt’s strategic location with access to markets in Europe, Africa and the Middle East, with 1.6 billion consumers as well as its access to the Suez Canal, as key advantages of the initiative.

Currently, major trade routes for grain are across the Pacific and Atlantic oceans and the western Mediterranean. Major exporters, including Russia and the United States, have direct access to markets in Asia, Latin America and Europe.

Egypt’s proposed hub could also find competition in plans to develop nearby Suez Canal ports such as Djibouti into global trade hubs.

Hanafy has met with officials and investors from Russia, the United States of America, the United Arab Emirates, Sudan and Slovenia.

The commodity exchange will include commodity producers, a spot market for buying and selling securities, and storage and grading hubs.

Farmers can use mobile application

Egyptian farmers will be offered a mobile application that will enable the market to track their output, electronically linking their crops to the exchange, according to Iman al Mutlaq, chief executive of Sigma Investments, which is working on the project.

Mutlaq said it would begin with six agricultural commodities plus oil and gold. She said a small number of commodities would help promote high volumes.

The government is working on guidelines for pricing and products, which will need to be in place before the exchange opens. It also will begin issuing certificates of origin.

Egypt wants to reduce grain imports while improving domestic production that is approaching $100 million to supply a rapidly growing population.

Lack of silos results in waste

The nation has struggled to make agricultural operations efficient. Lack of modern storage facilities is part of the problem. The country stores much of its wheat in open lots, causing an estimated loss of 30 percent. The United Arab Emirates recently agreed to provide funding to Egypt for two dozen silos.

Agriculture experts say in the future, production in the Euphrates and Tigris river basins could increase enough to support a regional grain market in the Middle East. For now, however, war in Iraq and Syria has disrupted grain production.