Fracking in the Middle East and Africa 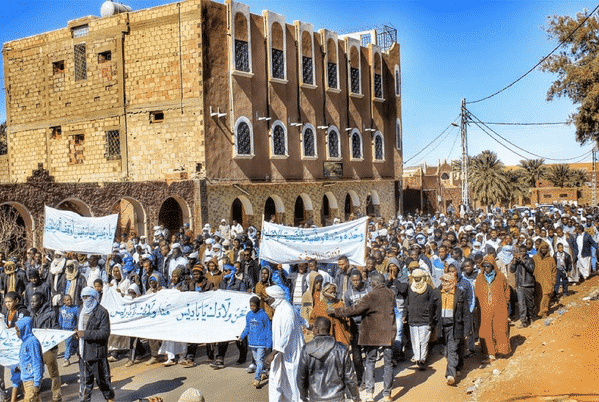 The Middle East is a region often portrayed as under threat from fracking, but with surging domestic demand, shale oil and gas hold significant potential.

A refresher for those who need it, hydraulic fracturing, or fracking, is the process of drilling around 3,000 meters down into the earth before pumping in large volumes of fracking fluid (water mixed with sand and chemicals) at high pressure, to fracture the earth’s shale and release trapped gas and oil. The process has been in use in the US since the 1940s, unlocking the country’s resources of an estimated 567 trillion cubic feet (Tcf) of shale gas and 58 billion barrels of shale oil. And it has revolutionized the country’s energy: in 2014 the US produced more than 33 billion cf of shale gas and if it continues at this same rate it is set to achieve self-sufficiency by 2020. With significant resources, Russia, China, Canada, and Latin America have quickly followed suit. As have India and other Asia-Pacific countries, though to a lesser extent.

The positives: fracking has the potential to boost the world’s natural gas resources by 47%, raise national energy supplies, increase self-sufficiency, and create jobs and income. It also has a significantly lower environmental impact than say, coal mining. But it comes with concerns, not least in regard to water supply. The fracking fluid contains chemicals which reportedly can contaminate groundwater supplies. It also requires huge quantities of water, about 2 to 5 million gallons per process, depleting pure water resources. And all this water must be transported to each fracking site, coming with more environmental costs.

Large quantities of methane are also released during the process, a substance which has 25 times greater greenhouse effect than carbon dioxide. And there are worries that fracking can cause small earthquakes. As a result, France, which is thought to have Western Europe’s biggest shale oil deposits, has introduced a five-year ban, and Germany has recently followed suit.

Significant potential for fracking in the Middle East and Africa

The Middle East, which currently holds half the world’s conventional oil resources and 40% of its gas, is often portrayed as a region under threat from fracking as its traditional oil and gas customers become self-sufficient producers. But while it has perhaps been slower to exploit shale than most other regions, there is in fact significant potential in the Middle East and Africa. Thomas Ahlbrandt, who led a US Geological Survey in 2000, comments: “US source rocks are modest compared to the Silurian, Jurassic, Cretaceous and Tertiary source rocks in the region. The Silurian is found in Algeria, Libya, Saudi Arabia, Iraq and Jordan, while the giant North Field, shared by Iran and Qatar, is the conventional leg of a huge unconventional gas accumulation”. And the region is no longer ignoring the potential.

For example, Oman is on track to become the first Middle Eastern country to produce shale gas and oil. With an estimated 48 Tcf of natural gas and 6.2 billion barrels of oil technically recoverable, it is developing an ambitious drilling program which it hopes will produce at least 1 billion cf of gas per day by 2017. Working with US Apache and Shell Egypt, exploration of four potential basins is also underway in Egypt, where there is an estimated 100 Tcf and 6 billion barrels technically recoverable. Similarly, Kuwait’s state-owned Kuwait Oil Company has identified a viable shale gas deposit and is moving to extract. Libya is seeking foreign companies to conduct joint studies on the development of an estimated 121 Tcf and 26 billion barrels. And, as of March 2015, Bahrain has an exploration program in place in the Bahrain Field, exclusively with OXY.

Shale resources could be important for the region

Scarce in water sources and dependent on groundwater, one may ask why the Middle East and Africa region is pursuing fracking. Perhaps the key reason is the surging domestic demand for energy. Consumption rates have risen, resources have become more unstable, and conventional oil prices are fluctuating.

The UAE already imports gas from Qatar through the Dolphin pipeline and is looking at the potential of importing gas from America to cope with rising demand. But it could instead exploit an estimated 205 Tcf and 22.6 billion barrels of shale resources. Traditionally resource-poor Jordan has already signed an agreement with the Saudi Shale Rock Corporation with hopes of production by 2017 to meet demand. And in Saudi Arabia, the world’s largest consumer of crude oil for electricity, there are hopes that an estimated 600 Tcf of technically recoverable shale gas (more than double its conventional gas reserves) could stem a potential energy crisis. The national oil company ARAMCO has already carried out an appraisal drilling, and aims to produce 200 million cf of shale gas by 2018 to supply a new power station.

Unprecedented environmental protests across the region

But fracking is not being taken well everywhere across the region. In South Africa, environmental protests resulted in the government putting in place a shale exploration suspension in 2011. Heavily dependent on coal for 75% of its energy supply, the country could significantly benefit from tapping into its estimated 485 Tcf, predominantly found in the Karoo Basin. And Shell was one of three companies given an exploration permit back in 2010. But while the suspension has since been lifted and fracking regulations have been gazetted, it is still being strongly opposed by a coalition of environmentalists, farmers, and local residents. And recently, a two-year Strategic Environmental Assessment (SEA) was launched.

There’s a similar story in Tunisia, where civil rights organizations have pushed the Tunisian Minister of Industry to put fracking on hold until wide scale social dialogue has taken place.

And in the most obvious example there is Algeria, where the drilling of shale reserves has led to the breakout of an unprecedented environmental protest movement. Looking to profit from potential reserves of 707 Tcf and 5.7 billion barrels across six basins, the government has signed agreements with a number of companies, put in place tax breaks on shale drilling, and has begun a 20 year development program with a $70 billion investment. But since January this year, there have been wide scale demonstrations, sit-ins, civil disobedience, and clashes with police in Warkalah and Ain Al Saleh in the heart of the Sahara. Algeria’s President Abdelaziz Bouteflika has vowed to continue the exploratory work, while promising to protect the public’s health and the environment.

Indeed, if the region is to be successful as a shale gas and oil producer, it must prioritize wide scale social dialogue and environmental concerns. Otherwise there is a risk that demonstrations, which are potentially dangerous in such an area, could turn into political pressure that prevents any shale exploration at all.

One Response to Fracking in the Middle East and Africa