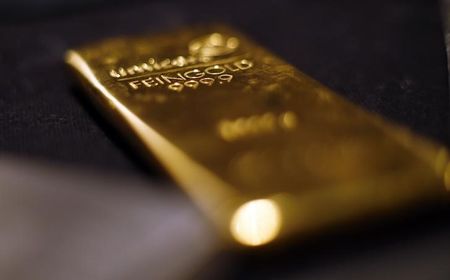 SINGAPORE (Reuters) – Gold added to overnight gains on Wednesday on a softer dollar and heightened tensions after Turkey shot down a Russian warplane, but the rally was capped on expectations of a U.S. rate hike next month.

Turkey shot down the Russian jet near the Syrian border on Tuesday, saying the plane had violated its air space, in one of the most serious publicly acknowledged clashes between a NATO member country and Russia for half a century.

The tensions triggered a sell-off in equities and the dollar, while boosting the safe-haven yen, gold and government debt.

“While we think gold may be supported, we are not anticipating a robust rally, and look for only moderate gains, with a lot of upside resistance,” he said.

Despite the gains, gold wasn’t too far from a near-six-year low of $1,064.95 hit last week on increasing views that the Federal Reserve will hike U.S. rates next month for the first time in nearly a decade.

Data on Tuesday supported views of a December rate hike. The U.S. economy grew at a healthier clip in the third quarter than initially thought.

Traders will be eyeing more U.S. data due later on Wednesday, including weekly jobless claims and October new home sales, to gauge the strength of the economy.

Liquidity, however, could be thin ahead of the U.S. Thanksgiving holiday on Thursday.

Among other precious metals, silver rose for a second session after dipping to a six-year low of $13.86 earlier this week, while platinum was trading just above a seven-year low.

(Reporting by A. Ananthalakshmi; Editing by Richard Pullin and Subhranshu Sahu)