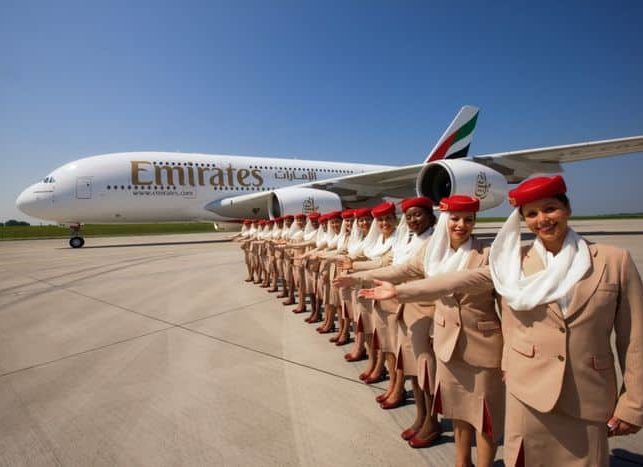 The Arab Gulf’s three major air carriers are slashing their fares as they compete for market share in the region.

With the help of low oil prices, Emirates, Etihad Airways and Qatar Airways have cut fares on some Middle Eastern routes by as much as 20 percent compared to a year ago.

Qatar Airways has also sharply cut fares to Europe and India, while Etihad fares to Europe rose more than 20 percent, according to data from the travel portal Cleartrip.

Qatar cuts across the board

Qatar made cuts on fares to Europe and Indian and within the Middle East. For example, the average price of a ticket to Europe on Qatar airlines was $540 in 2016, compared to $660 a year ago, a decrease of 18 percent. The average roundtrip fare to India decreased by $50 to $300, a decline of about 15 percent. The average price of a Qatar ticket in the Middle East declined 20 percent to $290.

On Emirates, the average roundtrip ticket to destinations in the Middle East dropped by more than 17 percent to $390. Emirates’ average fare to Europe edged up slightly from $850 to $875 while fares to India dropped by $30 or nearly 9 percent to $310 in 2016.

The airlines are taking advantage of the slump in oil prices to improve their market share on many routes where they compete head-to-head in the region, according to Amit Taneja, Cleartrip’s chief revenue officer.

Oil fell to a record low of less than $30 a barrel in January, a fall of more than 70 percent, before rallying to its current $40 per barrel. OPEC producers hope to stabilize the price at $50 a barrel this year.

At the same time, Taneja said, higher demand for travel from the United Arab Emirates to Europe has tempered airlines’ willingness to drop prices as significantly as on Middle East routes.

Demand for travel from the United Arab Emirates to India, a major market for Gulf carriers, has also increased. However, competition from non-Gulf carriers has put downward pressure on fares, according to Taneja.

Emirates is the largest and oldest of the three Gulf airlines. It is based in Dubai with a fleet of 250 aircraft and in business since 1985. Qatar Airways, based in Doha with a fleet of 153 aircraft, began operations in 1994. Etihad, based in Abu Dhabi, is the newcomer, launched in 2003 with a current fleet of 121 aircraft.

The three are competing to become the dominant international hub in the Gulf region.

But they also face a rival in Turkey, which will open a new international air hub next year. Turkish Airlines plans to spend $3.7 billion this year to grow its fleet to 261 aircraft.

The new airport in Istanbul, with investment of about $35 billion, will be able to accommodate 150 million passengers a year and has parking spots for 500 aircraft. That would give Turkey the potential to more than double the number of passengers it saw at Istanbul Ataturk Airport last year.

Bertrand-Marc Allen, the president of Boeing International, called Turkey “a significant opportunity” with its capacity, location, population and likelihood of growth in the coming decades.