How have crises become endemic in Northern Nigeria? 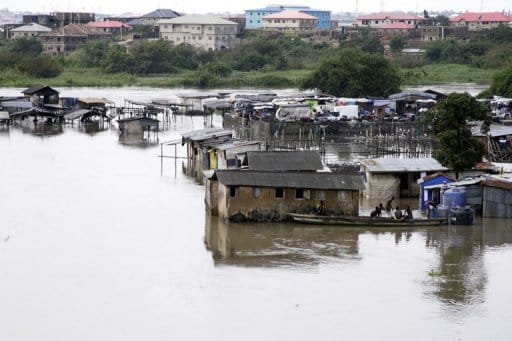 Setting the Stage for Disaster

In Northern Nigeria, this whimper has become endemic as vulnerability is worsened through each drought, food crisis, mass-displacement, and flooding. More often than not, local and international authorities only provide band-aid solutions: temporary measures that soothe the symptom without treating the infection. As a result, almost half of Africa’s most-populated nation has been trapped in a silent cycle of disaster, more vulnerability, and thus more disaster.

The link between disaster and vulnerability has been emphasized in recent decades as academics began to understand the significance of “the whimper.” In disaster literature, one of the most common analogies used to explain this link is that if there were no humans, it would not be a disaster: if a hurricane hit the South Pole no one would call it a crisis. And in terms of raw data, when disasters do occur the burden is disproportionately carried by the poorest. Since natural disasters lack the autonomy to pick their victims, vulnerability becomes the deciding factor in who gets hurt and who doesn’t. Critically, disasters are not a bang, or a freak accident. It takes years to form the necessary intervening conditions for disaster to occur.

Disasters depend on the social order, its everyday relations to the environment, and the larger historical matters that shape or frustrate these matters. In the north of Nigeria, power has historically been centralized in the Sokoto Caliphate, where political unity was designed to cleanse paganism from Islamic beliefs and discourage ethnic tensions. Kano was an economic hub even during Prophet Muhammad’s lifetime, and for centuries involved in slave trade, so in the 1600s when Europeans began arriving they partook in the pre-­existing West African slave trade by purchasing slaves from African merchants, eventually leading to the Atlantic slave trade. In 1850 it was estimated that 50% of the residents in Kano where slaves. Northern Nigeria was so invested in this trade that slavery was not made illegal in Nigeria until 1936. The grandchildren of these slaves now live in poverty in the North.

There are obvious trends moving south to north in Nigeria. The North has nearly double the poverty rate of the south, the judicial use of Sharia law, and a predominantly Muslim community. Life expectancy at 2001 was about 52 years with a total fertility rate of about 6.2 children per woman of childbearing age. A 2002 Core Welfare Indicator Questionnaire reveals that only 37% are literate, only 63% have access to quality drinking water, and about 40% have access to medical services. Within the demographics, we can see that the current residents are burdened with legacies of vulnerability in terms of access, income, education, and quality of life. 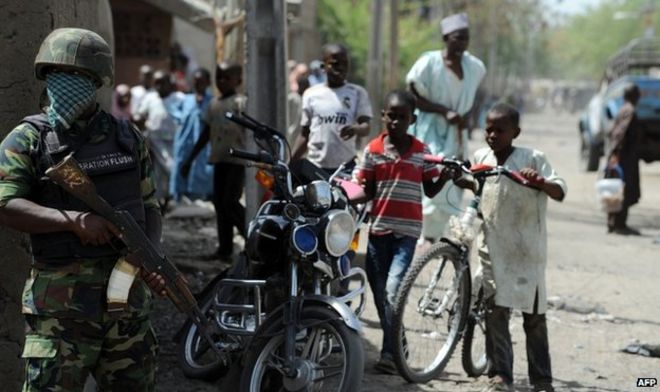 The Moment of Crisis

These whimpers of hazard, vulnerability, and intervening conditions set the stage for disaster since the 1600s, but also ultimately make up daily life for Nigerians. Before a crisis of extreme flooding in 2014, northern villages were in the grip of a food crisis, over 70% in poverty, many of whom were internally displaced due to 2013’s flooding. When the extreme event of moderate flooding is first superimposed, it acts as a catalytic agent, causing a chance encounter of all factors, and a failure of intervening conditions. This causes a deviation from the social norm, that moment of crisis that appears on televised news and captures the general public’s definition of “disaster.” And the carnage was dramatic: entire villages were literally washed away since houses of the poor were usually made of mud.

The International Red Cross was only able to offer short term relief (blankets, mosquito nets, water) to 3000 families and long term relief (gardening tools and seeds) to 800 families, which is helpful but on a small scale considering that over two million people in Nigeria alone were displaced from the flooding. The Nigerian government was unwilling to devote many of its resources towards recovery, citing the prioritization of other demanding issues.

Largely on their own, these rural communities rebuilt their houses out of the same mud, even poorer than before. Though the fluctuations in the natural/physical system are gone, their re­adaptation to nature is not buffered with intervening conditions to prevent a flood from happening again. The new norm that is established is even more vulnerable due to the failure of containment in the post­disaster response.

There is an urgent need for a collaborative effort of both government and stakeholders to support town planning, engineering and other professional agencies to combat flooding in Nigeria to avoid its long ­range consequences. The tasks ahead are immense as these solutions must be implemented in the face of a multitude of problems, such as economic corruption, lack of infrastructure, and poverty.

But because these affected communities via disaster agents have become even more vulnerable, eventually the local and international authorities will grow impatient of always bailing out those who live at risk, thus their post-disaster response will become increasingly indifferent and ineffective, furthering the vulnerability conditions of the affected communities. Short-sighted solutions to whimpers are embroiled in good intent and disastrous consequences. Much like the Treaty of Versailles, there is a willing ignorance of how policies are paving a path to disaster: “this is how the world ends, not with a bang, but with a whimper.”

Africa, Politics How have crises become endemic in Northern Nigeria?