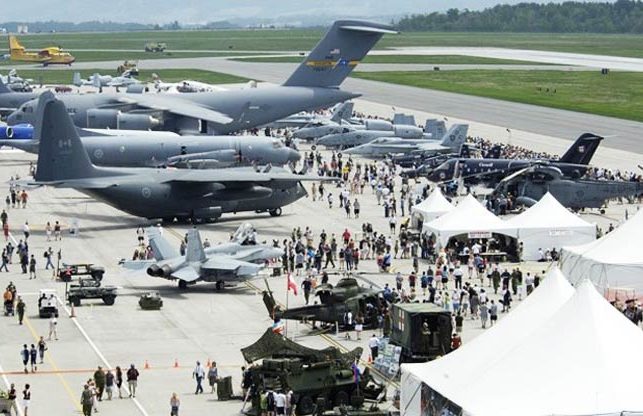 The Marrakech Air Show is an international aerospace exhibition and conference, attracting businesses from the industry and worldwide spectators.

On Saturday, the fifth biennial International Marrakech Air Show (IMAS) concluded in stunning style. With every year that passes, it seems that this marquee event becomes ever more important. This year saw in excess of 200 industry leading companies take part and covered more than 70,000 sq. meters of exhibition space. While dazzling aerial displays on the final day are what capture the public’s imagination, the real impact of the event is realized through the forging of new business ties amongst the elite of the aeronautics world. This global exhibition is internationally recognized as being one of the top events on the international aerospace and defense (A&D) calendar, attracting industry leaders and international spectators.

The opening ceremony was kicked off in a traditional fashion by the Moroccan marching band. Afterwards, the Royal Moroccan flag and the International Marrakech Airshow flag were flown in tandem over the airfield by military helicopters. This was followed by a breathtaking display from The Royal Moroccan Army’s Aerobatics team who piloted F16 fighters and concluded the ceremony. The gravitas of the occasion was underscored by the attendance of Moroccan Head of Government, Abdelilah Benkirane.

Exhibitors included Civil Aviation, Spaceflight, Military Aviation, Defense Technology (from land, air and sea) and Research and Defense authorities from around the globe. There were both static and air exhibitions which included industry leaders and national representatives. 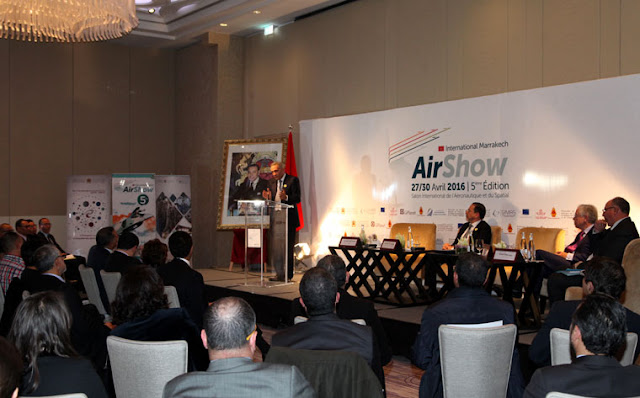 Key attractions among the static displays were Dassault Aviation’s Rafale and a long-range Falcon 900LX which required a six-man exhibition team to staff the aircraft and show off its capabilities. Also prominently displayed was a U.S. Air Force C-130J Hercules, from the Ramstein Air Base in Germany. This Behemoth stood out as a symbol of partnership whilst promoting regional security throughout the African continent.

Aerobatic display teams from Italy, the UAE, Spain, The USA and the Royal Moroccan Air Force put on stunning shows for eager onlookers, competing over style and inflight capabilities to battle for pre-eminence in their field. The Italian aerobatic team, Frecce Tricolori, performed at the IMAS for the first time ever. They put on a particularly striking display in traditional Italian colors: red, green and white.

US and Moroccan bonds

With the US contingent of the show boasting 15 participating companies, and as one of the show’s largest exhibitors, it shows how important this region is to the US aerospace and defense industry. Among the companies representing the US were Boeing, FLIR, Lockheed Martin and Pratt & Whitney who were organized by Kallman Worldwide in collaboration with government agencies including the departments of Commerce, Defense and State. “The growth of the show and the expansion of military and commercial aerospace infrastructure in Morocco says a lot about the long-term opportunities for our exhibitors here,” said Kallman Worldwide CEO, Tom Kallman.

Not Just an Air Show

In reality, The International Marrakech Air Show is much more than just an air show. It’s an invaluable business and networking occasion for a variety of entities. This year saw exhibitors specializing in fields such as aircraft construction, satellite systems, avionics and onboard components, propulsions engineering, weapons systems, land defense armaments and many more. Senior government representatives from forty countries came to rub shoulders with specialist firms, legislators and aeronautics giants.

In the aeronautics sphere, Morocco has become the strategic gateway between Africa and the rest of the world. Commercial air travel is becoming increasingly more viable and popular for African citizens; authorities and private enterprises are both maneuvering to meet this demand. Additionally, African governments are increasingly looking to invest in defense capabilities and associated infrastructure. Big business opportunities beckon and the Marrakech Air Show is designed to facilitate the process.

In recent years, the Moroccan aeronautics sector has seen rapid growth of between 15-20% per annum. Firms such as Boeing, Lockheed Martin, Airbus, Bombardier and a host of others now maintain a permanent presence within Morocco’s borders. In total, more than 120 world class aeronautics organizations now operate in the country. The success of the airshow has helped demonstrate to businesses that Morocco is the premier platform from which to service new markets in the region.

Ultimately, The International Marrakech Airshow 2016 was as a resounding success. The event delivered on two fronts, firstly as a thrilling spectacle of modern aviation, and secondly as a vehicle by which business and aeronautics can flourish, bringing benefits not just to Morocco but to the entire continent.

One Response to International Marrakech Air Show 2016: Bigger Than Ever