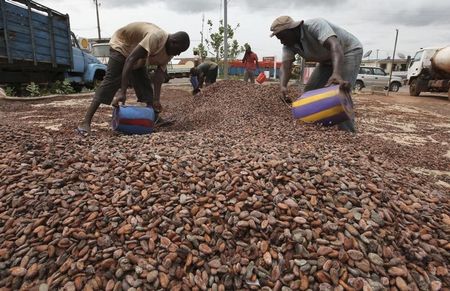 ABIDJAN (Reuters) – Ivory Coast produced 126,000 tonnes of robusta coffee during the recently ended 2014/15 season and is targeting output of 130,000 tonnes this season as it seeks to revive the sector after years of decline, a government spokesman said on Friday.

Under reforms introduced in 2012, the West African country abandoned more than a decade of liberalisation in its coffee industry, which proved bad for farmers and production.

Now the Coffee and Cocoa Council (CCC) sells forward the bulk of the anticipated crop in order to fix a guaranteed price for farmers.

Ivorian green robusta coffee output peaked at 380,000 tonnes in 2000, statistics from the United Nations’ Food and Agriculture Organization show, before collapsing during a decade of political turmoil and a drop in world prices.

Before the reform programme was implemented, Kone said, annual output had fallen to around 90,000 tonnes. Ivory Coast is targeting production of around 400,000 tonnes by 2020.