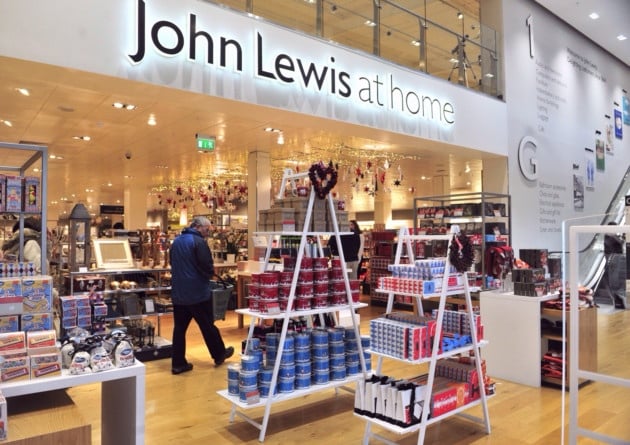 Taking the middle class favorite across the globe, UK-based department store John Lewis has announced plans to open shop in the Middle East with the launch of a home department in Dubai. Scheduled to open in spring 2017, the shop-in-shop will take prime position in the new flagship Robinsons Department Store in the Dubai Festival City Mall, both owned by UAE-based conglomerate the Al-Futtaim Group. The 15,000 square feet shop will be John Lewis’s largest outlet oversees, and will stock a range of own-brand furniture, cookware, textiles, glassware, and bedroom, bathroom, living, and gifting assortments.

The agreement extends the current partnership between the Al-Futtaim Group’s Robinsons Department Store and John Lewis in Singapore. As part of the announcement, the duo also confirmed the opening of a 630 square feet John Lewis shop-in-shop in the Kuala Lumpur Robinsons store in Malaysia. Both new outlets will be designed by John Lewis’s in-house team.

Andy Street, John Lewis’s managing director, comments: “We’re delighted to be working with Robinsons again on two new ventures. The success of our existing international shop-in-shops has given us the confidence to open in the Middle East and increase both the scale of the space and product assortment. This is an exciting time for Al Futtaim’s Dubai Festival City Mall and we’re pleased that John Lewis will be a part of the next phase of its redevelopment.”

The announcement follows a failed Middle Eastern expansion attempt by John Lewis in 2011. Again working with the Al-Futtaim Group, plans had been drawn up to open several stores across the region, including in Dubai and Egypt. But at the time, much of the British high street was struggling, and so John Lewis pulled out, commenting that a focus on the home market was the first priority.

Now the employee-owned John Lewis operates 46 shops across the UK, of which 32 are department stores. And it is performing well relative to the market, posting particularly strong results for the important Black Friday, Christmas, and post-Christmas trading period with total sales of $1.38 billion (£951 million). Its viral “Man on the Moon” ad also triggered a 5.1% jump in online sales year-on-year. Although the company has warned that 2015 profits will be down, it has blamed this on higher pension charges, and on the whole, John Lewis is in good health.

John Lewis has also been busy building a portfolio of overseas stores, including 14 shop-in-shops across Singapore and the Philippines, seven in South Korea, and a further seven shop-in-shops set to launch in De Bijenkorf department stores across the Netherlands.

But emerging markets are playing an increasingly important role. Reportedly about 70% of the world’s growth is likely to come from emerging markets in the coming years. With a rising population, a growing middle class, and rapid urbanization, the Middle East is a particularly attractive and largely untapped burgeoning market.

According to an Arcadis index ranking of 50 international markets, the UAE is the eighth most attractive market globally for retailers, with the UAE ranked first in the region thanks to strong infrastructure and ease of operation. Dubai is at the center of that market, with the second largest number of global brands after London, rising local purchasing power, a wealthy expatriate community, and a thriving tourism sector with plenty of foreign luxury consumers. Currently Dubai alone commands around 30% of the Middle East luxury market.

Modern retail concepts, including the Dubai Mall which claims around 50% of Dubai’s luxury purchases and hosted a record 54 million visitors during the annual Dubai Shopping Festival, also provide ideal conditions for growth. Developments capitalizing on the successful Expo 2020 bid and new mall openings are also expected to reinforce Dubai’s position at the center of a Middle Eastern retail in the coming years.

But with religion tied so closely to both society and business, the Middle Eastern market does also come with risks. Dano-Swedish brand Arla Foods (owner of Lurpak, Puck, and Arla) is a good example. In the early 2000s it was a major player in the Arab world, dominating the Middle Eastern markets for butter, cheese, and cream. But in 2005, and again in 2008, the publication of cartoons unflatteringly depicting Islam’s prophet in Danish newspapers led to boycotts of Danish goods, and sales plummeted. Arla Foods has never quite recovered.

This partnership between John Lewis and Al Futtaim has a good chance of success. John Lewis has a strong reputation, voted the retailer with the best reputation in Europe, the Middle East, and Africa in a survey by the Reputation Institute (2013 and 2014). This will make it attractive to the Middle Eastern market. And Al Futtaim has the expertise and knowledge of the local culture. As Paul Delaoutre, President of Al Futtaim Retail, comments: “Al Futtaim’s solid regional retail infrastructure, know-how and reputation seamlessly blend with John Lewis’s global appeal as a renowned retailer in a long-awaited exclusive partnership designed to offer discerning UAE consumers even more choice and options.”

Business, Featured, Middle East John Lewis to open in Dubai as retail surges in the UAE