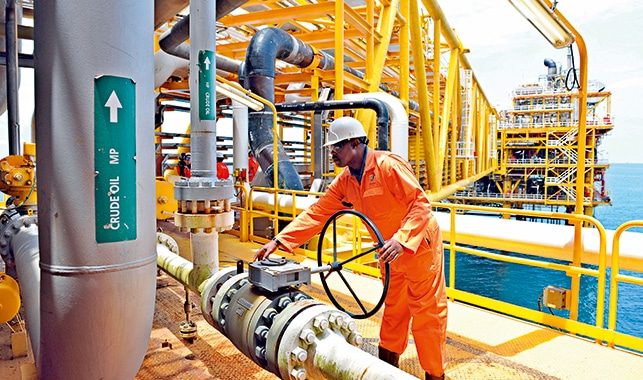 After the rollout of a $1 billion cleanup plan for Ogoniland, Nigeria–a region that has been severely damaged by the oil extraction industry–Nigeria’s state-owned petroleum corporation has voiced its support for environmental reform within the sector.

Nigeria is Africa’s largest producer and exporter of crude oil, and is estimated to have one of the world’s largest oil reserves. Unfortunately, Nigerians have yet to reap the benefits of such a potentially lucrative industry due to historically lax regulations. Nigeria has not been a competitive operator in the oil industry due to its historically bad practices, such as lack of oversight in production, virtually non-existent environmental regulations and not infrequent oil spills.

In early June 2016, Nigerian Vice-President Yemi Osinbajo set a $1 billion project to clean up Ogoniland, a part of the Niger Delta that has been intensely contaminated by the oil extraction industry. Following the example of the federal government, The Nigerian National Petroleum Corporation (NNPC) has decided to voice its concern for Nigeria’s environment as well. Following the federal roll-out of the massive internationally-funded cleanup plan, the NNPC announced their intention to reform the oil sector, although did not provide any details on how this would be done. The NNPC did, however, encourage members of the corporation to support conservation centres and parks.

Following an expansive 2011 study by the UNEP on the impact of oil extraction in the Niger Delta, Nigeria has been in the spotlight as one of the industry’s worst environmental offenders. The report found severe and widespread contamination of groundwater and soil across Ogoniland. In a number of areas, public health was compromised through contaminated drinking water and the presence of unnatural levels of certain carcinogens associated with oil extraction. Ecosystems unique to the delta region, such as mangroves, have been decimated by the virtually unregulated operations of the petroleum industry. All of the report’s findings pointed to a lack of institutional control within the oil industry and within the regulatory systems of the government. The report recommended that an initial investment of $1 billion would be needed to begin the restoration process. It has taken more than five years to establish the infrastructure and amass the funding necessary to begin what is considered the “world’s most wide-ranging and long-term oil cleanup exercise ever undertaken,” but the project is finally underway. Experts estimate that it may take up to 25 years to restore the Ogoniland ecosystem to its pre-contamination status, but that such a long-term commitment is the only way to reverse the damage caused to the region.

A cleanup is a good place to start, but in order for the $1 billion investment to really contribute to positive change, a complete overhaul of Nigeria’s oil industry is vital.  Recognizing its role in the project, the NNPC announced its “20 Fixes” plan, aimed at reforming the chronically mismanaged oil industry. Among these “20 Fixes” were goals such as reducing and auditing costs, restructuring corporate centres and staffing, renegotiating existing contracts, unbundling the Nigerian Gas Company and improving information technology, among others. Reducing environmental impact was, surprisingly, not among these 20 top-concerns. Following the announcement of Ogoniland project, however, the NNPC voiced its support for the project, encouraging its workers to support environmental conservation, and committed to improving its environmental protection policies. A concrete plan to turn verbal commitments into action has yet to materialize.

Kachikwu pointed to the Lekki Conservation Centre, established in 1990, as an example of its commitment to conservation efforts. The NNPC claims that, with the support of Chevron Nigeria and others, it has contributed to the creation of the 78-hectare conservation centre, although no evidence for that is available.

This is not to say that the NNPC is not making a positive change, because it is. Recently appointed Managing Director Dr. Ibe Kachikwu has been hard at work to bring transparency to one of the world’s murkiest oil production lines. The World Bank, which committed more than $1 billion to a variety of projects in Nigeria for 2016, applauded the efforts of Dr. Kachikwu for the initiatives outlined in the aforementioned “20 Fixes.” Dr. Kachikwu urged the World Bank to offer additional support for an institutional framework “and training for the ministry and NNPC, [because] the training would provide the necessary skill sets that are required to grow Nigeria’s oil and gas industry.” With such financial support, the NNPC may be able to make the reforms necessary to clean up its act.

After decades of mismanagement, Nigeria’s oil industry may finally be at a turning point. Under the new direction of Dr. Kachikwu, the NNPC may be able to institute real, positive change that will make the cleanup efforts long-lasting. It is only with the moral and financial investment of the oil industry that the environment can be protected. Ogoniland will not be restored overnight, and it is of the utmost importance that the oil industry do its part to ensure it does not simply move the problem elsewhere.