Kenyan shilling falls on importer demand, stocks in up 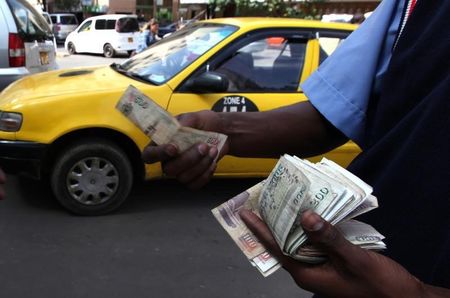 NAIROBI (Reuters) – Kenya’s shilling gave up gains made earlier in the day due to importer dollar demand after the central bank sold the U.S. currency, while stocks inched higher.

“There was slight weakening towards the end of the day. Demand is still there in the market. The shilling has been capped by the central bank (dollar) sales,” a senior trader at one commercial bank said.

“Going into next week we should see more (importer) demand coming in. Government security yields are coming down. That would put pressure on the shilling, and just be supported by the CBK sales.”

The trader said dollar demand would be from sectors such as energy and manufacturing.

The central bank does not normally comment on interventions.

The jump in yields on T-bills of various tenors last month to above 20 percent had attracted offshore dollar inflows, helping reverse some of the recent weakness in the currency.

Dealers said the fall in yields could now start putting more pressure back on the shilling, which in September had almost touched its 2011 all-time low of 106.80.

The currency has been under pressure from a range of factors such global dollar strength and Kenya’s widening trade gap.