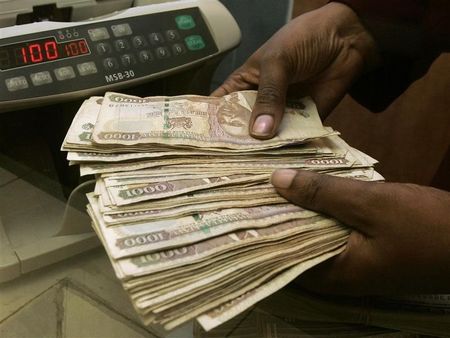 NAIROBI (Reuters) – Kenya’s shilling was steady in early trading on Monday, amid limited corporate appetite for dollars and helped by some foreign exchange inflows before a government bond auction.

The shilling has hovered in a range of roughly 102.00 to 102.50 since early November, after appreciating from September levels when it almost touched an all-time low of 106.80.

Traders noted some inflows of dollars ahead of the auction of a nine-year, government infrastructure bond on Dec. 9.

“We are still seeing some offshore interest,” said one trader at a commercial bank.

He said there was limited corporate demand for dollars, although he said that could pick up later in the week as energy firms seek foreign exchange to meet payment deadlines. However, he said the shilling was expected to hold its recent range.