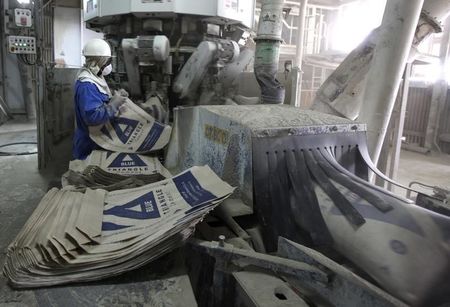 NAIROBI (Reuters) – Kenyan business activity expanded at a faster rate in November than the previous month, driven by a rise in domestic demand, a survey showed on Thursday.

The Markit and CFC Stanbic Kenya Purchasing Managers’ Index (PMI) rose to 53.7 last month from 51.7 in October, climbing further above the 50-point line that denotes growth in business activity.

The PMI is one of the indicators watched by the central bank’s Monetary Policy Committee.

“After a tough couple of months of growth, the private sector rebounded quite impressively in November, buoyed by a recovery mainly from output and employment,” said Jibran Qureishi, regional economist for East Africa at CFC Stanbic.

A steady exchange rate for the shilling, which has stabilised at about 102 to the dollar after weakening to near a record low around 106 in September, reduced the cost pressures facing firms.

“The encouraging aspect of this month’s PMI report is the indication of growth being driven largely by domestic demand as suggested by the rise in new business orders despite new export orders stagnating,” Qureishi said in the statement.

The CFC Stanbic Kenya PMI was started in January 2014.