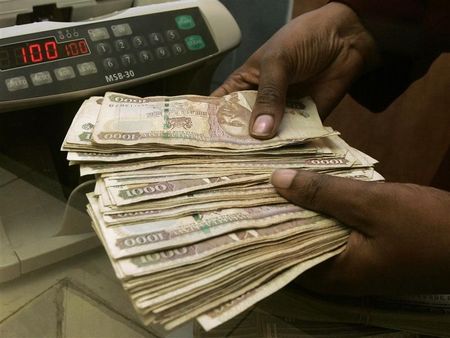 NAIROBI (Reuters) – Kenya’s shilling was steady in early trading on Monday, with most importers holding off from dollar purchases to see if the currency would strengthen below the 102 level.

The shilling had strengthened below 102 last week before demand for dollars from energy importers made it weaken.

“Most other importers are waiting to see if the market will dip again below 102 before they come into the market,” one trader at a commercial bank said.

Investors were also acting cautiously before a rate decision on Wednesday by the U.S. Federal Reserve, when it could raise rates. “That (decision) will probably give the market direction,” the trader said.