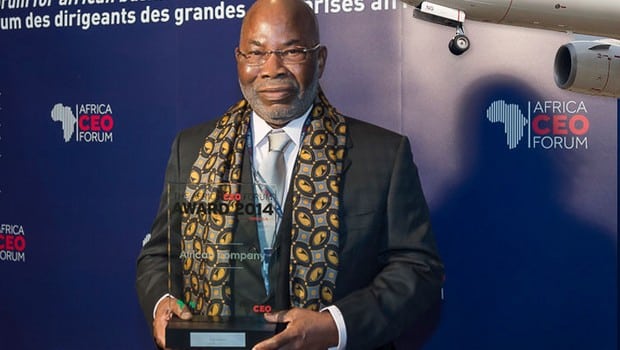 Koffi Djondo is one of Togo’s most successful businessmen, but success for Africa is his ultimate goal.

Koffi Djondo may not be a name that is familiar to a lot of people outside of Togo, but Djondo is a businessman who has had huge influence on Africa’s economic landscape. As the co-founder of EcoBank and Asky Airlines, Djondo has established not just successful businesses, but enterprises that look to foster pan-African principles.

Koffi Djondo was born in a small Togolese village on July 4th, 1934. Djondo recalls a childhood characterized by extremely strict parents who eventually separated. Although Djondo does not recall his early years with much fondness, as an only child he developed a sense of self-reliance that he took into his studies.

However, even Djondo’s university education was beset with difficulties due to the politics of Togo at the time. While studying a degree in Accounting at the Institute of Social Sciences, Labor University of Law and Economics of Paris, the Togolese government contacted French authorities to ensure that Djondo was expelled from the university. This was a personal vendetta against the Djondo family, as Koffi’s uncle, Nicolas Djondo, was an outspoken critic of the Togolese regime.

Despite this setback, after a coup in Togo saw regime change, Djondo managed to return to France and complete his education. Djondo began working for the airline UTA, before moving into newly established government roles. In 1964, Djondo was appointed as the executive director of a government body – Family Allowances Fund – where he was responsible for the introduction of a mandatory retirement age and pensions. By 1973, Djondo was chairman of the Economic & Social Council, and only two years later he was elected as the president of the Chamber of Commerce and Industry of Togo.

A meeting of minds

As Djondo’s government career progressed, he eventually found himself as the President of the Federation of West African Chambers of Commerce. It was here that Djondo met his Nigerian business partner, Adeymi Lawson, and the birth of a business dream was realized.

With the help of the entrepreneur, Henry Fajemirokun, Djondo and Lawson created the first pan-African bank, EcoBank, in 1985. The goal was not simply to create a prosperous business, but to create jobs across the continent, and to imbue young Africans with a sense of opportunity and pride.

EcoBank is now present in 33 African nations, employs over 18,000 Africans, and had a turnover of $2.3 billion in 2013. The bank has offices from London to Beijing, and Djondo feels that its success is linked to his ethos of pan-Africanism, explaining, “You can notice that African strength lies in unity; what we can call togetherness… It was this which gave success.”

EcoBank’s spirit of empowering young Africans was something that the men behind it felt was important, as it made employees “feel that their purpose was more than just making money.” The bank’s hiring policy was to find people with a “passion to make a difference in Africa.”

Renewed goals for a new century

Koffi Djondo continued making moves to invest in new ventures as the 21st century began, as he looked to create an airline that matched the philosophy of his African owned bank. His dream led to the creation of Asky Airlines in 2010, and in 2011 its first commercial flights began. While the inaugural flights often had only 10 passengers on them, by 2014 they were flying 8000 passengers a week, with an 80% occupancy rate on their flights.

Asky won the award for the “Best African Company of the Year” at the prestigious African CEO Forum Awards, and the company employs over 250 people. Djondo believes strongly in the need for greater integration between African nations, saying “Integration of the continent is the only way by which Africa will find its safety, through a common regional market.”

Asky is a company founded on the concept of integration, and Djondo sees transport as key to wider African cooperation, explaining, “pan-Africanism and integration starts with people moving…If we want to make business…we have to create the appropriate means to make things move.”

Djondo is held in such reverence by many Togolese that the village of his birth has been renamed Djondo-Condji in his honor. The man himself now lives in a village he built, Djondo Kope, but he is not relaxing in retirement. Djondo plans to expand Asky Airlines, and Ecobank grew 14% in 2014. It’s a busy life for Togo’s most successful octogenarian.