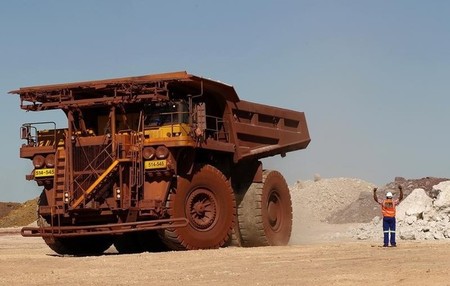 JOHANNESBURG (Reuters) – Kumba Iron Ore said on Tuesday that Themba Mkhwanazi would take the helm as chief executive from Sept 1, replacing Norman Mbazima, who is stepping down to focus on his role as deputy chairman of Anglo American South Africa.

* Mkhwanazi, a former Rio Tinto manager, has been chief executive officer of Anglo American’s Coal South Africa business since May 2014.

* Kumba’s first-half results came in as expected, with the Anglo American unit posting a 20 percent rise in headline earnings per share to 9.41 rand.

* Kumba had flagged to the market that it expected first-half profit to increase between 14 and 23 percent because of a deferred tax asset in the comparative period.