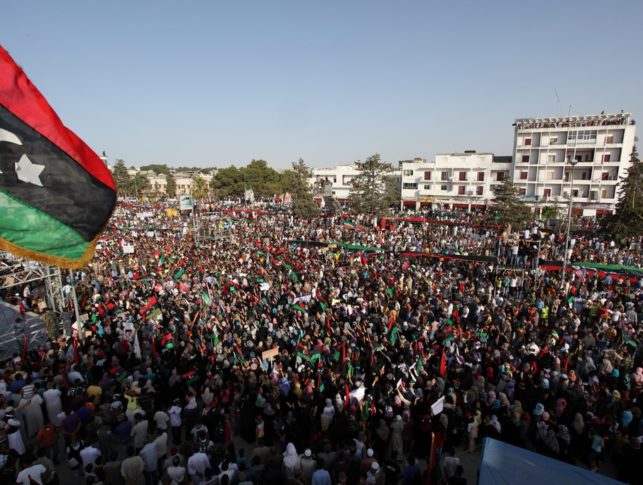 LONDON (Reuters) – A claimant to the chairmanship of Libya’s $67 billion sovereign fund on Monday denounced the appointment by the country’s United Nations-backed government of a panel to run the fund, saying he had not been formally asked to step down.

Last week, the Government of National Accord (GNA) appointed a five-member caretaker committee to run the Libyan Investment Authority (LIA). The announcement was welcomed by Western governments, but it did not list AbdulMagid Breish amongst the panel members.

The GNA was designed to resolve a conflict that flared up in 2014, when an armed alliance took control of institutions in Tripoli and the newly elected parliament relocated to the east.

The hope was that it would reunify institutions such as the central bank and the LIA, but opposition to the GNA continues with the parliament in the east of Libya voting on Monday against a motion of confidence in the Tripoli-based administration.

The LIA has been hampered by a long-running leadership dispute, which mirrors the split nature of the country and its institutions following the fall of Gaddafi in 2011. This has led to multiple individuals claiming to lead key bodies such as the LIA, the central bank and the national oil company.

Breish was one of two men who claimed to be chairman of the LIA. He was appointed chairman in June 2013, but stepped aside a year later, then said he had been reinstated following a decision by the Libyan Court of Appeal.

His rival, Hassan Bouhadi, was appointed chairman by the authorities in the east of Libya. But he resigned earlier this month, saying political infighting had made it too difficult for him to carry out his duties.

He has been replaced by Ali Shamekh, who was installed as chief executive officer of the LIA by the Tobruk-based board of trustees.

In a statement issued on Monday, Breish questioned whether the GNA’s move complied with Libyan law and challenged the technical expertise of the five-member panel.

The statement said Breish had not yet received a formal notice mandating him to hand over his responsibilities, but on receipt of this, he would make an application to the Libyan courts to clarify the legal position.

“While I accept and share the Government of National Accord’s desire to unify the Libyan Investment Authority, it is my responsibility as chairman and CEO to ensure that it is done in compliance with Libyan law, that the technical expertise is in place to manage the institution and its funds, and that multi-million dollar litigations that we are pursuing in overseas courts are not adversely affected,” he said.

“I am therefore seeking an expedited court ruling to clarify the current legal position.”

The LIA is currently embroiled in two lawsuits against investment banks Goldman Sachs and Societe Generale, seeking over $3 billion lost in trades carried out under the Gaddafi regime.

Breish’s statement added that he was holding discussions with the directors of the Tobruk-appointed board of trustees, with the aim of establishing a single, united board of directors. A formal meeting is expected early next week, it said.