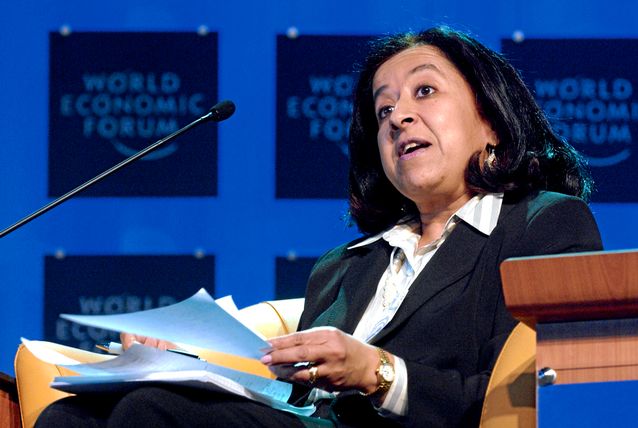 Lubna Olayan appears in “Most Powerful Women” lists every year, featured by Forbes, Fortune, and Bloomberg as a model of modern international business leadership. She was named Entrepreneur of the Year in 2010 by her alma mater Cornell University. After her renowned father and founder of OFC summoned her to head the Middle Eastern sector of his OFC conglomerate, Lubna Olayan raised the standards, and quietly began modernizing work flow practices, undaunted by her singularity as the only woman in a conservative, heavily male-dominated Arabic business-scape. Notably she now continues a trend to fill roles in her companies with women who are “deserving” of positions in business and engineering, in what she describes as a unique meritocracy for Middle Eastern businesses. Her meritocracy sweeps across vast borders of business and finance, and as a holding company it is uniquely diverse.

Although Olayan Financing Company is reserved in comments about their revenue and profit, assets are currently estimated to range from seven to ten billion dollars. With the leadership of Lubna Olayan the company expanded into real estate, manufacturing, and partnerships in international brands such as Nabisco and Burger King. Lubna, her brother, and two sisters sit on the board of directors of this global enterprise, each sibling taking a role as leader of a particular geographic area within the global scope.

The only woman at Cornell and J. P. Morgan

When Lubna transitioned to OFC in 1983 from a career in the USA beginning at Cornell and J. P. Morgan, she was the only woman at the firm. Rising to the helm, Lubna recognized the untapped workforce represented by the largely unemployed women of Saudi Arabia. She simultaneously realized the many cultural and physical obstacles facing women, such as transportation (Saudi women are not permitted to drive) and the absence of restroom facilities for women in standard workplaces. As a part of her pioneering effort to transform OFC into a multibillion-dollar conglomerate holding company, Lubna used subtle tactics in human resources, finding ideally talented individuals to achieve new goals virtually unknown in Arabic culture.

To engage the task of bringing Saudi women on board, Lubna chose another Saudi woman educated in the US, Hana AlSyead, a bright computer scientist from OFC’s Citigroup subsidiary. Hana brought an additional 20 Saudi women into the company. And although OFC operates within an openly chauvinistic society, Lubna has earned respect from colleagues and competitors alike for her pioneering effort to draw upon a previously overlooked and disenfranchised potential workforce among the women of Saudi Arabia. Indeed, historians of the future may well count her among the heroes of equality in the workplace. While this is a testament to Lubna’s ingenuity as an entrepreneur and leader, it is but one among many of her points of talent and access.

As director of WWP, the world’s second largest advertising agency and media planning and purchasing organization, Lubna Olayan has virtually unlimited access to a knowledge base about consumer behavior and marketing potential. In 2006 Olayan joined the International Advisory Board of Rolls Royce, and joined the board of Citigroup. Her connectivity seems unbounded, as she was the first woman ever to open the Jeddah Forum with President Bill Clinton in attendance, along with numerous key figures from political and business arenas.

Lubna uses subtle, effective tactics to bring western business methods into the conservative Arabic business world. This is a delicate skill which requires a particular grace, especially in the Muslim world. And this is certainly where being counted among the most powerful and influential people in the world becomes exceptionally useful and effective. Under the guidance of Lubna, OFC earned a reputation as a generous contributor to many grassroots humanitarian organizations in Saudi Arabia. Yet she is quick to emphasize her ambition to perform and excel on her own merit, perhaps in order to downplay the significance of nepotism, fallout from the fact that she owes her affluent head start to her father, Suliman, who began the family company in 1947. There can be no doubt that this achiever was diligent and unspoiled; practicing politics to enhance her business model only serves to illuminate the drive of this brilliant woman.

To wit, Muslims everywhere can not have failed to recognize OFC’s donation of SR 1 million dollars to benefit the Palestinians “suffering” in Gaza. As of 2009, Lubna’s right hand woman said, “We hope that our contribution will help alleviate their suffering, and we will continue to do whatever we can to assist the people of Gaza,” by which time Hana was general manager of organizational and operational development for OFC. Here is a hallmark example of compensating for controversial business practices by way of political savvy. The challenge to recognize an exceptional achiever is complex; Lubna Olayan was formally educated in the US, abruptly shifted to Riyadh, faced with gender inequalities set against her multicultural conditioning, operating businesses across war zones, language barriers, and yet manages to coordinate successful ventures in diverse markets.  Here we have a glimpse into the work of a most noteworthy and gifted person.