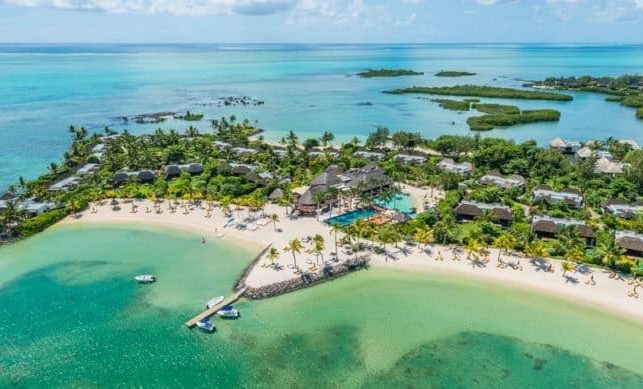 EBENE, Mauritius (Reuters) – Mauritius beats Singapore as the world’s top route for foreign investment to India and is a hub for thousands of firms managing half a trillion dollars in assets.

But there are only a sprinkling of office blocks in Ebene Cybercity, the heart of the tiny Indian Ocean island’s financial services industry, and the area only livens up at the weekend when a band plays in a bar of the district’s only luxury hotel.

Such limited activity is evidence that Mauritius is a “tax haven” for companies which generate no real business on the island yet use it to benefit from tax avoidance treaties with Asia and Africa, critics say.

“Mauritius is playing the tax competition game and they are playing it very well,” said Nadia Harrison, tax policy expert at ActionAid. “The result is that they are reducing the amount of tax that can be collected from the poorest countries.”

Concerned about the impact of tax havens, world powers are tightening the noose on multinationals seeking tax advantages and India wants changes to its tax treaty with Mauritius, forcing the island’s new government to re-examine its business model and focus elsewhere.

There is debate in the new government, which took office in December, about whether Mauritius was ever a tax haven but there is general agreement that the economy needs to shift focus to make sure firms invest locally and to prepare for any loss of business from India.

“My message for the offshore sector here is: they have to move from a tax haven to a typical transparent financial sector. This is what is happening now,” Finance Minister Seetanah Lutchmeenaraidoo told Reuters.

He wants the financial services industry to deepen investments in Africa to help lift sluggish growth in Mauritius and make it a high-income state by 2020.

“Singapore is to southeast Asia, what Dubai is to the Middle East, and what Mauritius will be vis-à-vis Africa,” Lutchmeenaraidoo said.

DRIVEN INTO A CORNER

New rules agreed by ministers from the Group of 20 industrialised nations this month to stop companies moving profits to low tax centres and “treaty shopping” for tax benefits combined with changes to India’s tax treaty are increasing the pressure on Mauritius.

“We know it is going to have a decisive impact on the future of offshore financial services worldwide,” said a former minister and now a fund manager, adding that the government was being driven “into a corner” by India.

India has pushed Mauritius into talks to change to its Double Taxation Avoidance Agreement. Signed in 1983, Mauritius took off as an investment route when India opened its economy in the 1990s.

A Global Business Company 1 (GBC1), the title for “offshore” firms, pays zero capital gains tax in Mauritius, instead of as much as 40 percent in India on some short-term investments.

Such benefits made Mauritius the source for 24 percent of the $24.7 billion of foreign direct investment (FDI) in India in fiscal 2014/15, Reserve Bank of India figures show, making it the largest source of FDI.

New Delhi says much of those funds are not really foreign investment but Indians routing money through Mauritius, a practice known as “round-tripping”.

Changes being discussed to the tax treaty would limit the appeal of Mauritius. If a company still chose to be based there, then it would be required, for example, to spend at least 1.5 million Mauritius rupees ($42,700) a year on the island before enjoying treaty benefits.

Mauritius has little choice but to negotiate with India, which could revoke the treaty altogether, like Indonesia a decade ago. This would be damaging for the financial services business which accounts for 10 percent of the island’s $13 billion gross domestic product. Of the more than 10,000 GBC1 firms, about 60 percent focus on India, officials say.

India also plans to implement a domestic law in 2017, known as the General Anti-Avoidance Rule (GAAR), that could supersede the treaty’s tax benefits in some instances.

“It hangs like a sword of Damocles,” said the former minister, adding that Mauritius needed several more years to refocus. “We need breathing space.”

The changes in India are driving the island’s pivot to Africa. Almost 60 percent of GBC1 firms registered in the past three years focus on Africa, benefiting from more than a dozen double taxation avoidance treaties on the continent.

Critics say Mauritius is simply becoming a “tax haven” for Africa instead of India, a charge the government denies.

“We need to be able to reassure our friends in Africa that that is not our aim, to siphon money,” said Deputy Prime Minister and Tourism Minister Charles Gaëtan Xavier-Luc Duval. “Our aim is to contribute towards investment into Africa.”

To do so, the government has held talks with insurance firms, such as Axa and Prudential, on using Mauritius as a regional headquarters. An investment vehicle is being set up with Ghana for technology, poultry, sugar and other projects, with Mauritius firms and money involved.

But African governments should be cautious about tax pacts, ActionAid’s Harrison said.

“In the past there have been these sweeping assumptions that tax treaties will always be good for investment,” she said. “We are just encouraging countries, and particularly developing countries, not to take that for granted.”