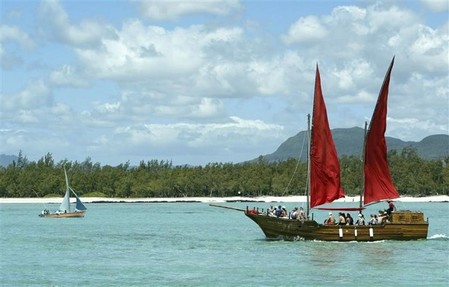 PORT LOUIS (Reuters) – The number of tourists visiting Mauritius rose 12.5 percent in the first quarter of 2016 from a year ago, thanks to increased arrivals from Europe and Asia, official figures showed on Monday.

Tourism is a key source of hard currency for the Indian Ocean island state, which like other long-haul destinations in the region has turned east in search of visitors to compensate for weak growth in its traditional European markets.

Numbers from Europe, which accounts for two-thirds of visitors, rose 18 percent to 199,525 as arrivals from France, the island’s main market, increased by 4.7 percent.

The number of tourists visiting from Asia rose by 7.3 percent to 49,289, helped by an 11.1 percent increase in arrivals from India.

The statistics agency expects visitor numbers to rise 6.7 percent to 1,230,000 this year.